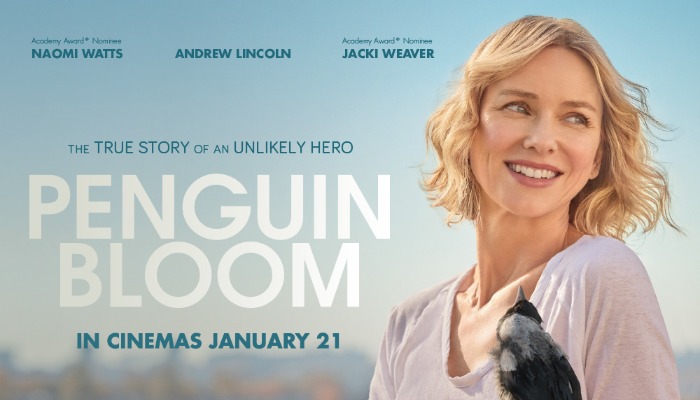 Penguin Bloom is a biographical drama about Sam Bloom and her family.

It is taken from a book Penguin the Magpie: The Odd Little Bird Who Saved a Family  by Cameron Bloom and  Bradley Trevor Greive which published on March 21, 2016.

The premiere of this drama has been released on September 12, 2020 at the Toronto International Film Festival.

Read more: Malcolm & Marie, Up And Down Story of True Love

This story tells about a family life of Sam Bloom, a woman who suffer disability after falling from the pavement.

She and her family was having a vacation in Thailand when this accident happened. Then, Sam has to deal with her condition as she needs to use wheel chair every single time.

Thus, it makes her mental condition up and down until one day her daughter brings Magpie to her house, which help Sam to recover from her depressed feeling.

The Magpie is a bird which named Penguin for its black and white feather. It is hurt, so her daughter brings Magpie to her home.

Seeing that she is not the only one who gets hurt, Sam tries her best to recover and starts to see the new point of view.

She begins to see what she can do, instead of feeling so depressed about the thing that she can’t handle anymore.

Naomi Watts as Sam Blood and Andew Lincoln as Camron Bloom will play in this drama.

Moreover, this story will be full of good moral message for you that exactly should be watched. Don’t forget to watch this drama on Netflix on the released date.