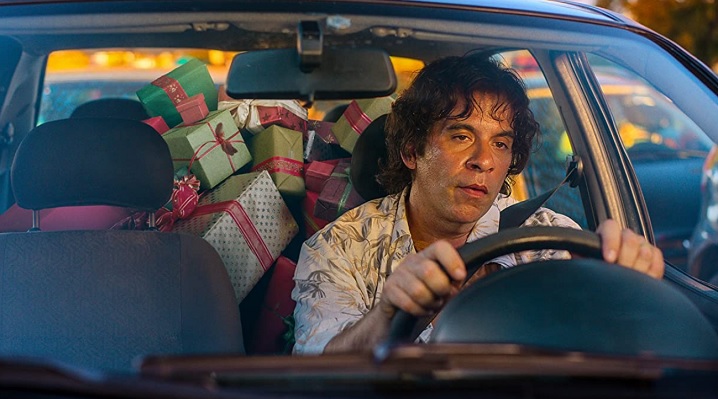 We bring a good news for all Netflix lovers who like spending time watching good quality movies in your spare time. Netflix will give you amazing memories and experiences through movies that will release this month for their users.

There will be many good movies that you may choose at the end of this year. Some movies recommend for the young but all ages may also enjoy with the flow from those movies.

We summarize 8 next movies from Netflix that will come this December to you. Let’s see one by one.

Just Another Christmas will give another funny story for you as you watch it. It tells about Jorge, who sleep in one night, but awake on Christmas day. This film is directed by Roberto Santucci and will release 3 December 2020.

Mank is setting in 1930, 90 year from 2020. It is documentary film about J. Mankiewicz,a writer and social critic. He will fight to Orson Welles for scenario of Citizen Kane film.

There are Amanda Seyfried as Marion Davies, Lily Collins as Rita Alexander, Gary Oldman as J. Mankiewicz as well as Tom Burke as Orson Welles who play in Mank movie.

This movie tells about a complicated household life and romance story. The major character of this movie is Adam who wants to divorce from his wife (Leyla).

He decided to have a relationship with his girlfriend and continue a new life. This movie plays by Haluk Bilginer, Demet Akbag and Alican Yucesoy.

Selena: The Series is a movie about young girl called Selena who has a big dream as singer. Since she was young, Selena has a sweet and beautiful voice.

This story tells the journey of Selena from a small girl to be queen of Tejano music. Christian Serratos, JulioMacias, Jesse Posey and others will play in this movie.

The prom is a musical story about a prom of Emma Nolan with his friend. He wants to bring his girlfriend, Alyssa, but everyone forbids him.

Dee Dee Allen and Barry Glickman (New York stars) try to help him after he goes viral on Twitter. Nicole Kidman and Tony Awards will tone up this story with their talented skill.

Ma Rainey’s Black bottom is Chadwick last movie. He plays as Leeve a horn player and Viola Davis as the mother of the blues. This movie is one of waiting list story since Chadwick Boseman gave his best in it before he rest in his peace.

An American Science Fiction film directer by George Clooney from a Good Morning novel. This story tells about an scientist who tries to warn astronaut crew support before they back to the earth because of mysterious global disaster.

A romance series drama from England kingdom era. This story tells about eight siblings who seek for their lovers in London high class society. It is adapted from best selling novel from Julia Quinn.

Interested to watch? Don’t forget to make a reminder in your note about the release date. Happy watching.