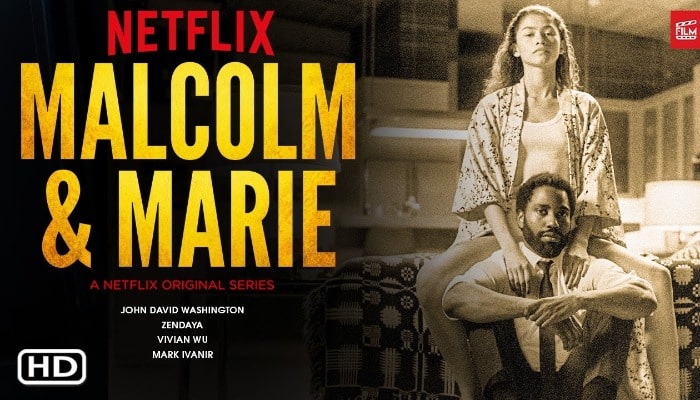 Black and white upcoming film from Sam Levinson will release on February 5, 2021. Fans will see a working project of Zendaya and John David Washington in the romance genre.

This film has taken since June 17 until July 2, 2020 during quarantine of Covid-19 under the strict health protocol.

Thus, this film is waited by many fans who are eager to see their acting skill together.

The trailer begins with the happy life of them. Loving and caring each other like what a couple hope in their relationship.

Then, everything changes to scream, feud and hurting one another. Moreover, this movie will tell about a story of love not love story which emphasize at the end of the trailer.

It tells about the life of the couple, Malcolm and Marie. Malcolm is a filmmaker while Marie is his girlfriend.

After celebrating the premier film, they go to their home. However, Malcolm forgets to express  thankfulness to his girlfriend who always support and there for him.

Instead of saying something about it, he asks Marie to make him food.

While, Zendaya, who first played in Euporia, will act as Marie and John David Washington will play as Malcolm. The information says that Netflix buys this movie for about $ 30 millions.

We can watch this movie a few weeks from now. How the relationship will end and how they would maintain their love story will be open in Malcolm and Marie full movie which can you see in Netflix.