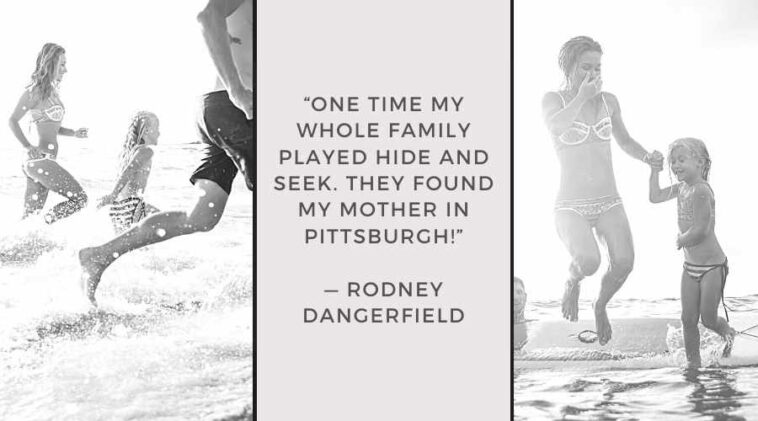 One-Liner Jokes – One-liners are a rare find in the world of jokes since they’re easy to remember.

Take a little time to tell, and if they’re done properly, they can pack a far stronger punch than a joke with a long built-up period.

Unfortunately, they’re sometimes grouped together with awful jokes in the same category. Who doesn’t enjoy a nice stupid joke now and then – we certainly do!

The good news is that not all one-liners are cringe-worthy; some are intelligent, insightful, and will stay with you for a long time.

This collection of one-liners, clever jokes, and punny jokes are sure to please both moms and dads.

Despite the fact that knock-knock jokes are timeless, it is occasionally preferable to bypass the build up and get right to the punchline.

It takes listeners completely by surprise and terrific way to get a quick laugh. Here are 120+ punny and funny one-liner jokes for you. 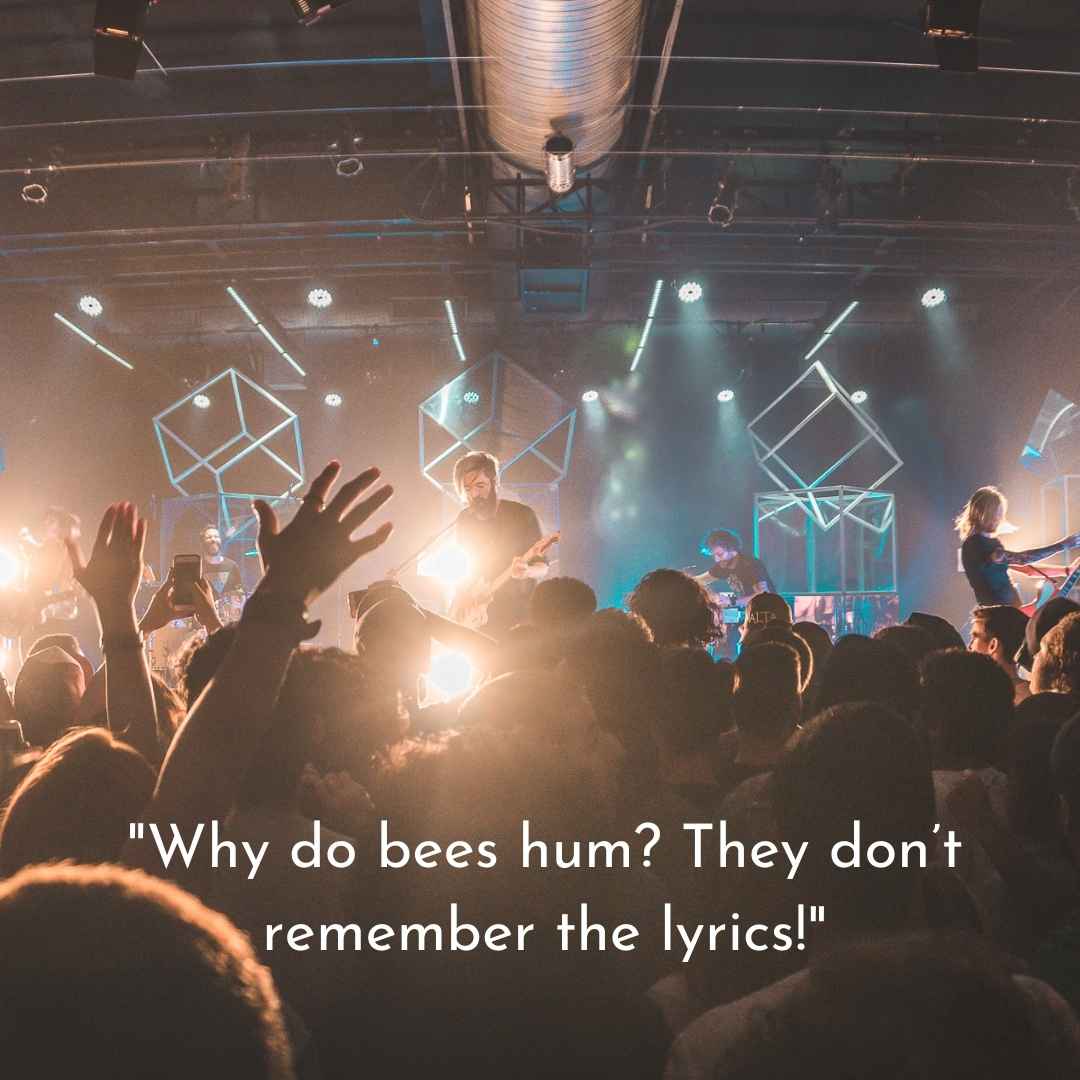 2. “I can’t believe I got fired from the calendar factory. All I did was take a day off!”

4. “I went to see the doctor about my short-term memory problems — the first thing he did was make me pay in advance.”

5. “I have a dog to provide me with unconditional love, but I also have a cat to remind me that I don’t deserve it. It’s all about balance.”

8. “Most people are shocked when they find out how bad I am as an electrician.”

9. “Today a man knocked on my door and asked for a small donation towards the local swimming pool. I gave him a glass of water.”

10. “Is your bottom jealous of the amount of crap that comes out of your mouth?”

11. “I find it ironic that the colors red, white, and blue stand for freedom until they are flashing behind you.”

13. “Did you hear about the guy whose whole left side got amputated? He’s all right now.”

14. “I hope when I inevitably choke to death on gummy bears, people just say I was killed by bears and leave it at that.”

15. “I accidentally handed my wife a glue stick instead of chapstick. She still isn’t talking to me.”

16. “I hope when I inevitably choke to death on gummy bears, people just say I was killed by bears and leave it at that.”

17. “I wasn’t originally going to get a brain transplant, but then I changed my mind.”

18. “I’m reading a book about anti-gravity. It’s impossible to put down.”

20. “I wasn’t originally going to get a brain transplant, but then I changed my mind.” 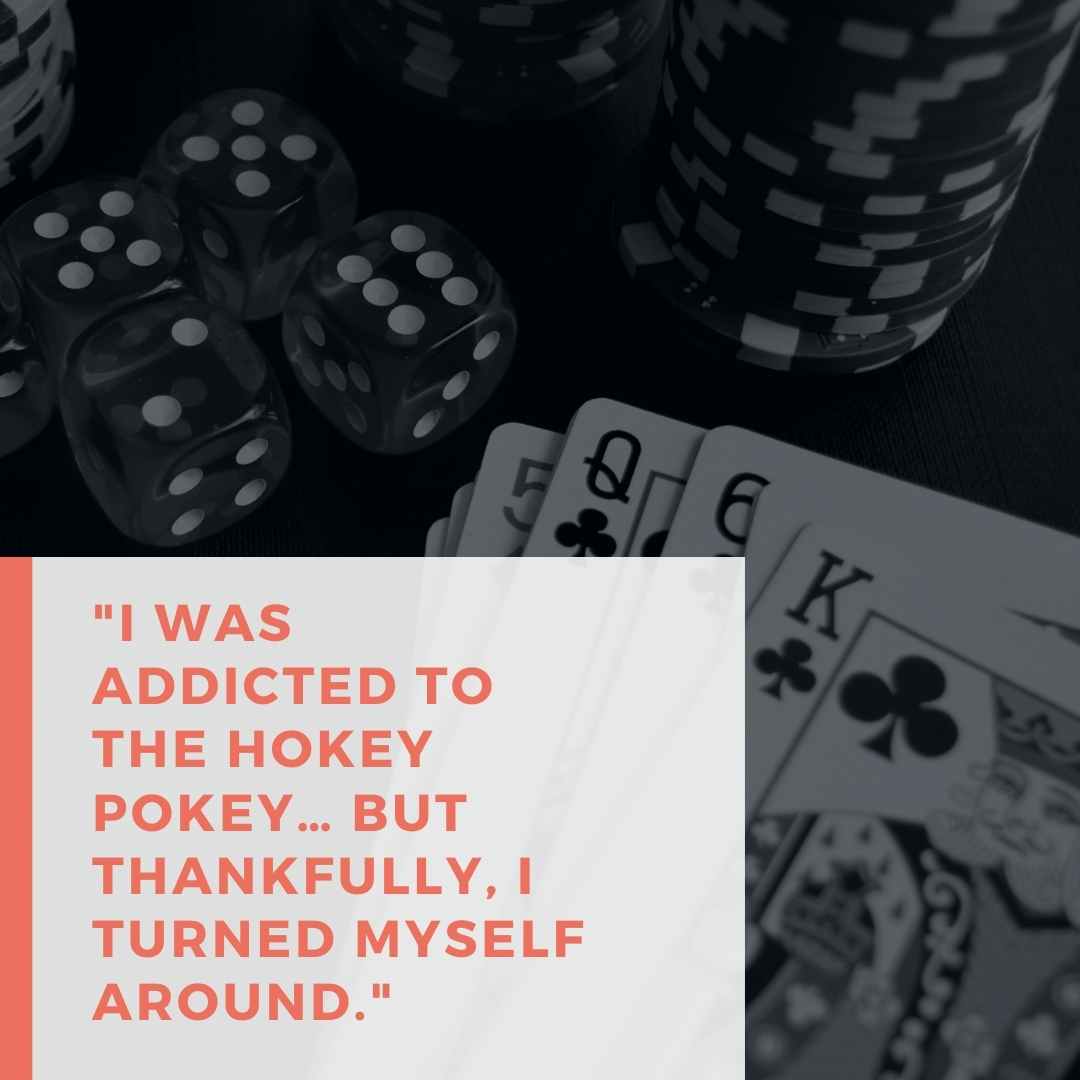 21. “My wife just found out I replaced our bed with a trampoline. She hit the roof.”

22. “I got a new pair of gloves today, but they’re both lefts which, on the one hand, is great, but on the other, it’s just not right.”

23. “Atheism is a non-prophet organization.”

24. “What is the best thing about living in Switzerland? Well, the flag is a big plus.”

25. “The future, the present, and the past walked into a bar. Things got a little tense.”

26. “Did you hear about the guy who got hit in the head with a can of soda? He didn’t get hurt because it was a soft drink.”

27. “I bought some shoes from a drug dealer. I don’t know what he laced them with, but I’ve been tripping all day.”

28. “I just found out that I’m colorblind. The diagnosis came completely out of the purple.”

29. “My boss is going to fire the employee with the worst posture. I have a hunch, it might be me.”

30. “I bought some shoes from a drug dealer. I don’t know what he laced them with, but I’ve been tripping all day.”

34. “I was addicted to the hokey pokey… but thankfully, I turned myself around.”

36. “The man who created autocorrect has died. Restaurant in peace.”

37. “I really hate Russian dolls, they’re so full of themselves.”

39. “I refused to believe the road worker was stealing from his job, but when I went to his home, all the signs were there.”

40. “The first time I got a universal remote control, I thought to myself, “This changes everything.” 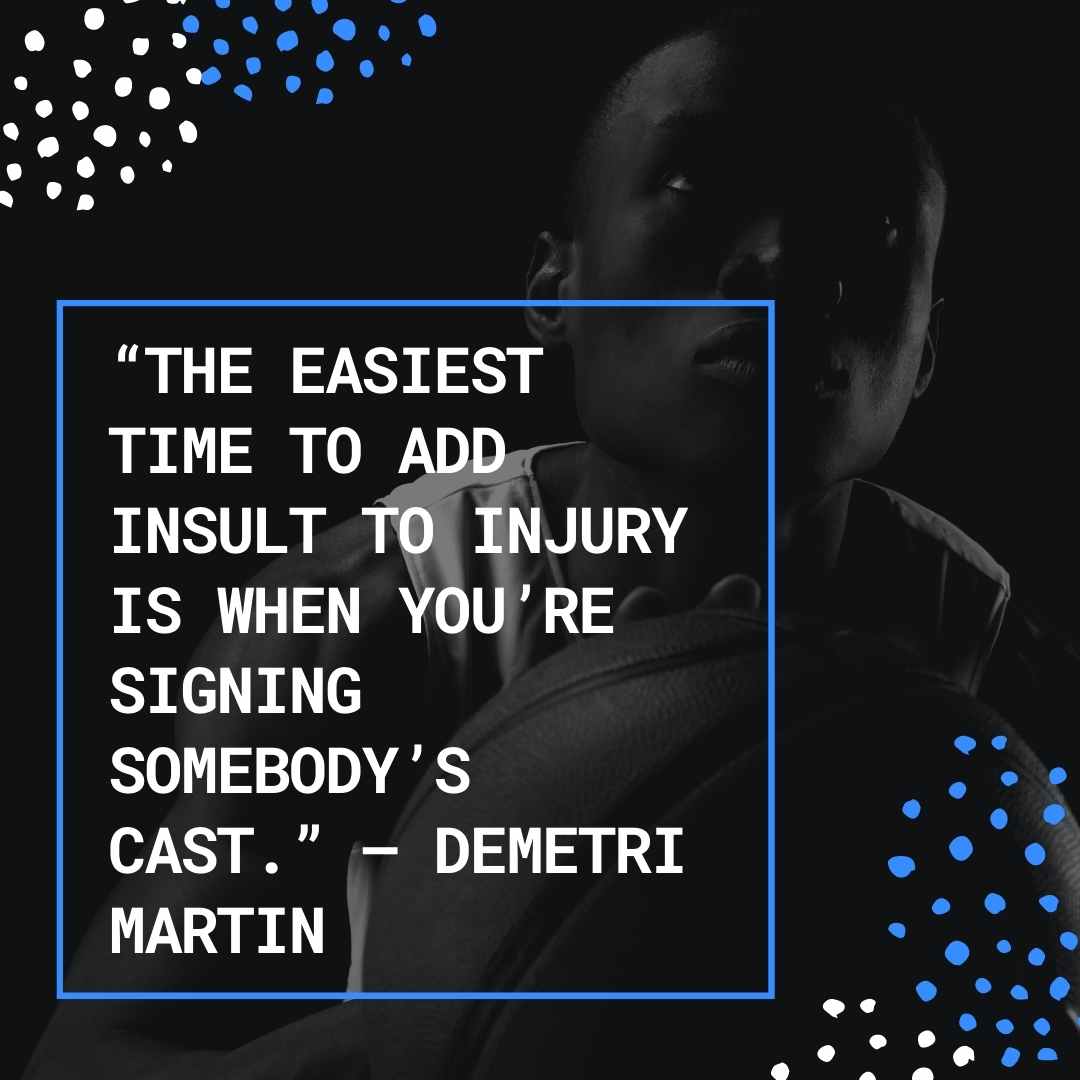 42. “I recently decided to sell my vacuum cleaner — all it was doing was gathering dust.”

46. “I like to hold hands at the movies, which always seems to startle strangers.”

47. “Whenever I lose my TV controller, I always find it in a remote location.”

48. “There are three kinds of people. Those who can count and those who can’t.”

50. “My first job was working in an orange juice factory, but I got canned. I just couldn’t concentrate.”

51. “I don’t have an attitude problem. You have a perception problem.”

52. “The easiest time to add insult to injury is when you’re signing somebody’s cast.” — Demetri Martin

53. “Light travels faster than sound, which is why some people appear bright before they open their mouth.”

54. “I’m skeptical of anyone who tells me they do yoga every day. That’s a bit of a stretch.”

56. “Light travels faster than sound, which is why some people appear bright before they open their mouth.”

57. “When dogs go to sleep, they read bite-time stories before bed.”

58. “The worst time to have a heart attack is during a game of charades.” — Demetri Martin

59. “Does my wife think I’m a control freak? I haven’t decided yet.” — Stewart Francis 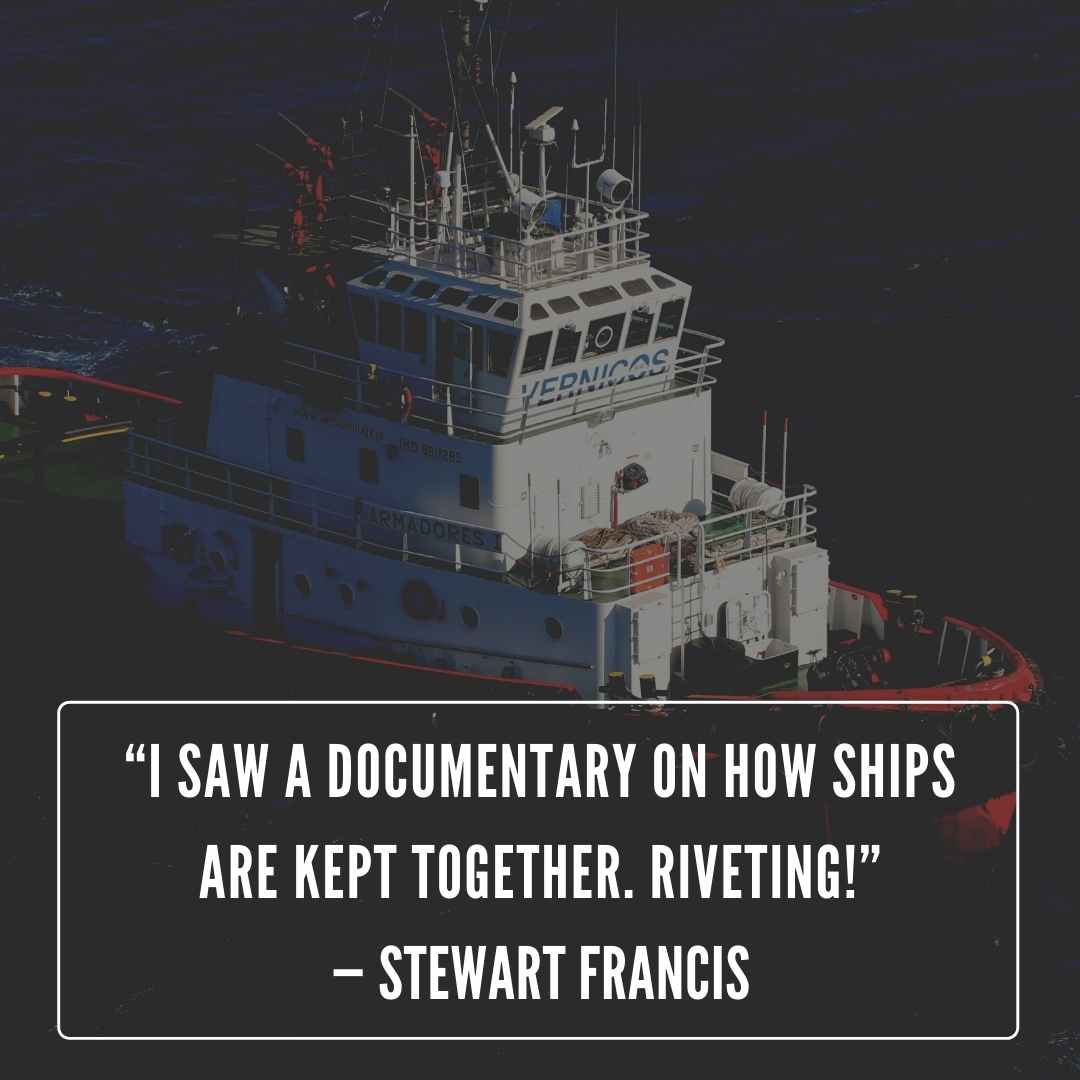 61. “I have a lot of growing up to do. I realized that the other day inside my fort.” — Zach Galifianakis

62. “Dogs hate driving because they can never find a barking space.”

63. “I looked up my family tree and found out I was the sap.” — Rodney Dangerfield

64. “Honesty may be the best policy, but it’s important to remember that apparently, by elimination, dishonesty is the second-best policy.” — George Carlin

67. “The person who invented knock-knock jokes should get a no bell prize.”

68. “I was wondering why the ball kept getting bigger and bigger, and then it hit me.”

69. “For a while, Houdini would use a trap door in every single one of his shows. I guess you could say he was going through a stage.”

70. “The other day I asked the banker to check my balance, so she pushed me.”

71. “If money doesn’t grow on trees, how come banks have branches?”

72. “I hope there’s no pop quiz on the class trip to the Coca-Cola factory.”

73. “A baseball walks into a bar, and the bartender throws it out.”

74. “Give me the calculator. Friends don’t let friends derive drunk.”

79. “When everything is coming your way — you’re in the wrong lane.”

80. “Animal testing is a terrible idea because they get all nervous and give the wrong answers.” 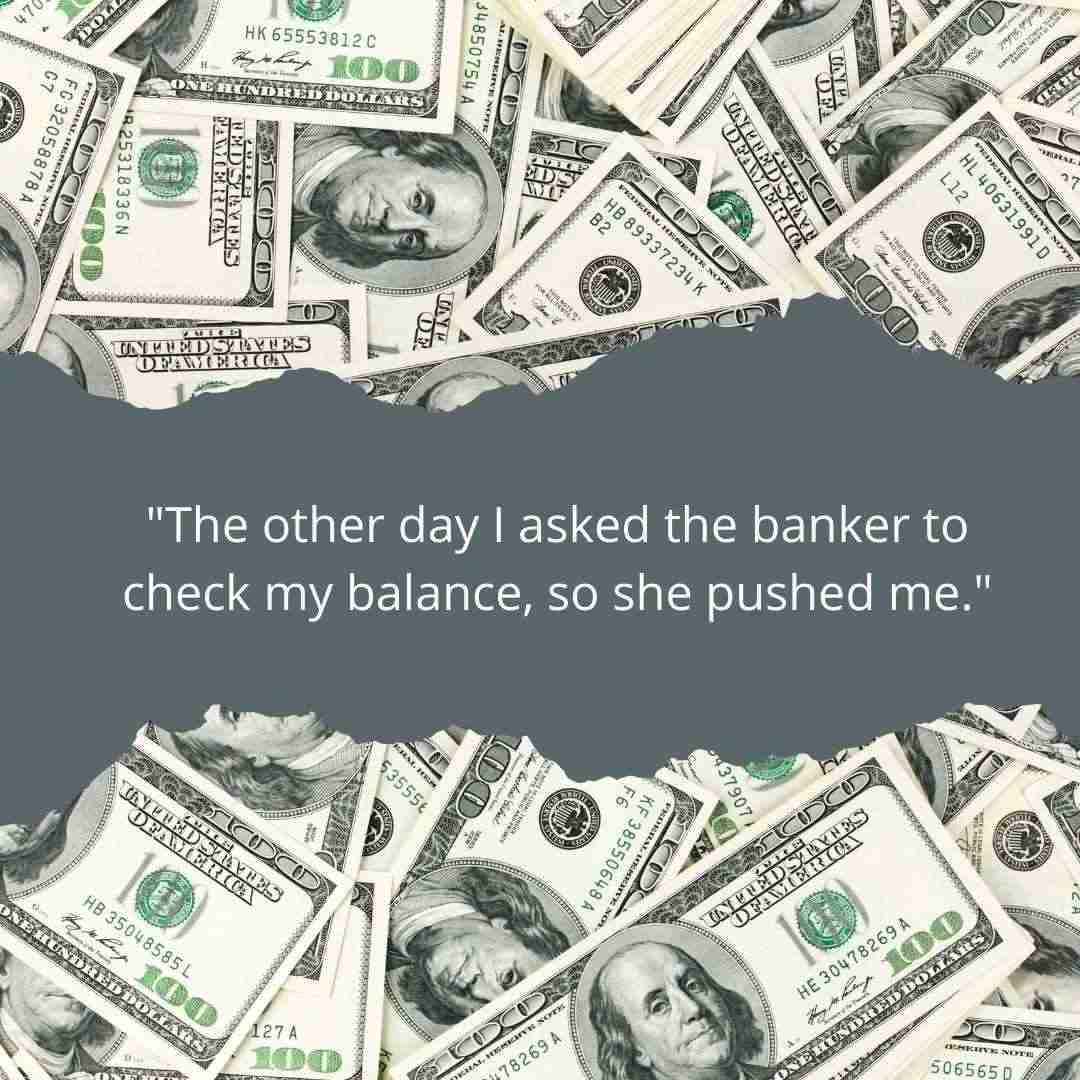 81. “Crime in multi-story car parks. That is wrong on so many different levels.” — Tim Vine

82. “I was playing chess with my friend and he said, ‘Let’s make this interesting’. So we stopped playing chess.” — Matt Kirshen

83. “People who use selfie sticks really need to have a good, long look at themselves.” — Abi Roberts

84. “I was raised as an only child, which really annoyed my sister.” — Will Marsh

87. “People who like trance music are very persistent. They don’t techno for an answer.” — Joel Dommett

88. “I saw a documentary on how ships are kept together. Riveting!” — Stewart Francis

89. “My father drank so heavily, when he blew on the birthday cake he lit the candles.” — Les Dawson

90. “Do Transformers get a car or life insurance?” — Russell Howard

91. “I went to buy camouflage trousers, but I couldn’t find any.”

97. “When my boss asked me who was stupid, me or him, I told him he doesn’t hire stupid people.”

99. “My wife told me to stop impersonating a flamingo. I had to put my foot down.”

100. “Every married person should forget their mistakes. There’s no point in two people remembering the same thing.” 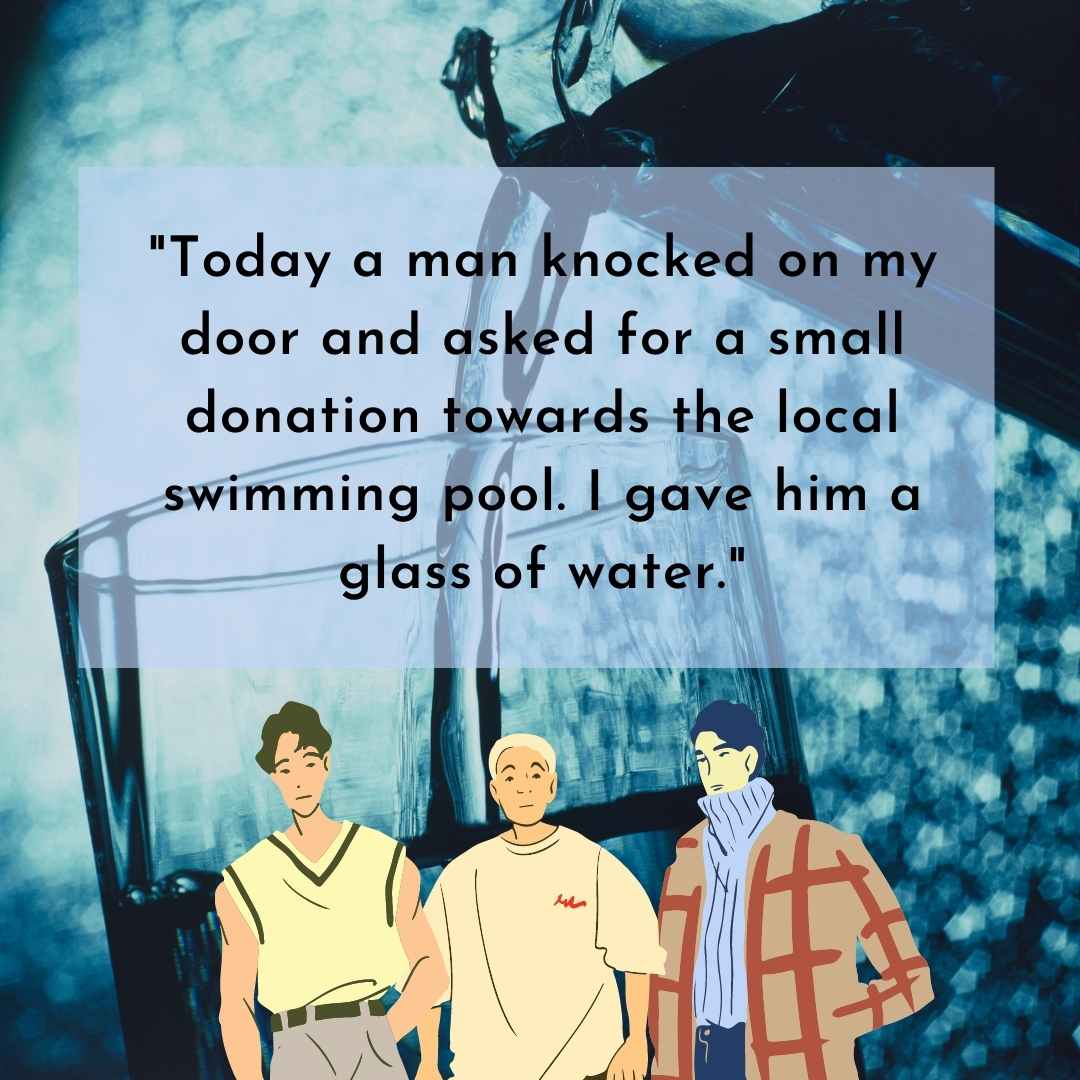 101. “People tell me I’m condescending. (Leans in real close) That means I talk down to people.”

103. “Proof that we don’t understand death is that we give dead people a pillow.” — Jerry Seinfeld

104. “By the time a man is wise enough to watch his step, he is too old to go anywhere.” — Billy Crystal

105. “Learning to dislike children at an early age saves a lot of expense and aggravation later in life.” — Ed Byrne

108. “I failed math so many times in school I lost count.” — Stewart Francis

109. “I looked up my family tree and found three dogs using it.” — Rodney Dangerfield

110. “In the school, I went to, they asked a kid to prove the law of gravity and he threw the teacher out of the window.” — Rodney Dangerfield

111. “I met the surgeon general. He offered me a cigarette.” — Rodney Dangerfield

112. “One time my whole family played hide and seek. They found my mother in Pittsburgh!” — Rodney Dangerfield

113. “A perfectionist walked into a bar — apparently, the bar wasn’t set high enough.”

117. “I want to die peacefully in my sleep, like my grandfather. Not screaming and yelling like the passengers in his car.”

118. “Always borrow money from a pessimist; they’ll never expect it back.”

119. “My therapist says I have a preoccupation with revenge. We’ll see about that.”

120. “Don’t you hate it when someone answers their own questions? I do.

122. “I told my girlfriend she drew her eyebrows too high. She seemed surprised.”

123. “When I was a boy, I laid in my twin-sized bed and wondered where my brother was.” — Mitch Hedberg

124. “Employee of the month is a good example of how somebody can be both a winner and a loser at the same time.” — Demetri Martin

Read also: 120 Thanksgiving Messages, Wishes, and Quotes For You

One-liners are great for getting people to smile and we could all use a good laugh now and then, especially in these difficult times.

Here are some amusing one-liners to get you started. This collection of smart jokes will instantly elevate your spirits, brighten your attitude, and have you chuckling in no time.

The following collection of humorous jokes will live up any conversation, whether it’s about brilliant one-liners that demand some humor or fantastic one-liners to share with kids.

So whether you prefer texting humorous one-liners to your best buddy or can’t wait to try these out in public, you’ll find something here to suit your tastes.