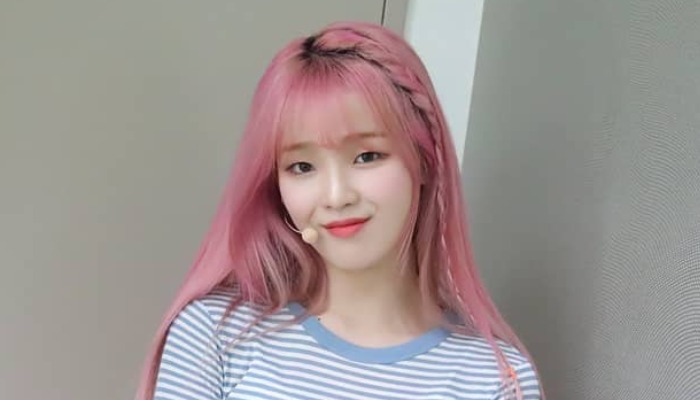 Seunghee is very famous because of her amazing talent in singing. But, before she began to become a perfect singer, she had done so many trials and errors that bring her here.

Prior to her debut alongside OH MY GIRL, she joined some TV programs for a newcomer singer like her.

At first, she made her appearance in National Singing Contest, a program held by KBS1 in 2006.

Next year, she tried to join Star King, a program held by SBS. Seunghee then became a contestant for Superstar K2 in 2010.

She finally became a WM Entertainment trainee 4 years after she joined Superstar K2. After doing some practices, Seunghee eventually made her debut with OH MY GIRL on April 20, 2015.

Seunghee also actives venturing her solo career. She appeared in Girl Spirit (2016) held by JTBC and also sang an OST for drama Temperature of Love (2017) called You Are.

2. The outfits she wear are very inspiring

4. Seunghee is a sun lover

Seunghee’ vocals might be her biggest strength, but her cheerful and unique personality also wins. We love her confidence so much!