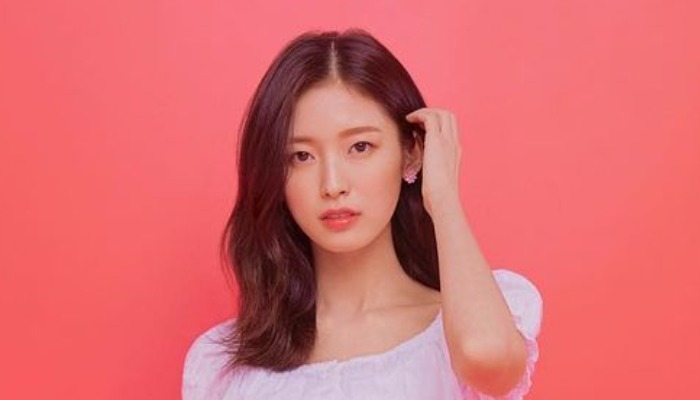 Arin is well-recognized for her kindness, gentleness, and her first recognition takes place on the same day with OH MY GIRL’s debut.

She first made her first debut alongside OH MY GIRL on April 20, 2015. The group debuted by performing the first single on TV Show by SBS MTV on April 21, 2015.

Three years after Arin made a debut with the group, she then was announced to be OH MY GIRL’s sub-unit, OH MY GIRL Banhana. The sub-unit then debuted on April 2, 2018.

Arin then ventured her wings in her solo careers, such as her appearance in The Ultimate Watchlist 2 (2019) and Queendom (2019).

She also became a Korean drama star in The World of My 17 (2020) as the main character with Fanatics’ Doah.

Not only became an actress, she also hosted in Music Bank alongside TXT’s Soobin.

2. Minimalistic is her soulmate

3. Arin is even so much prettier than the yellow-ish sky

4. She will suit the label ‘a girl next door’

5. Arin is a stylish girl

So, now we can see that Arin is a lovely and amazing idol, right? Not only she is talented and pretty, but she is also very generous when treating other people.