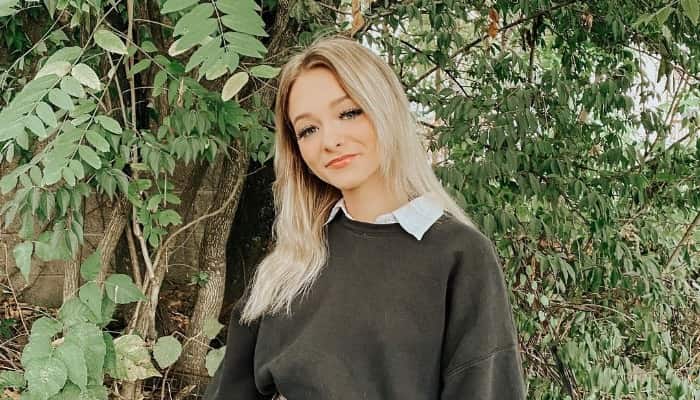 Zoe LaVerne is a well-known social media star. She has tons of followers across social platforms, including TikTok, Instagram, and YouTube. Her fame started when she uploaded a video on Musical.ly in 2016.

She started posting videos about make up. Once she got more followers and views, she also published lip-sync, dance, and comedy videos.

She got the crown verification on Musical.ly in 2017. In her YouTube channel, she also posts pranks and daily life.

In 2017, when she started dating Cody Orlove, she also had a YouTube channel with his boyfriend named Cody and Zoe.

They went on a tour together, promoted sponsorships and merchandise also released a single called Thinking Of You.

Their videos got millions of views, even the cheating prank video itself got more than 5 million views.

In her own channel, she started a series called Storytime telling about her personal experience.

In 2019 after she broke up with Orlove, she made a song about Cody titled Lost It All. In February 2020, she was invited to Young Hollywood Studio.

Throughout her career, LaVerne has collaborated with other social media stars such as Zephan Clark, Oliver, and Sebastian Moy.

1. Her red lipstick is stunning

3. The black outfit and bold eyeliner make her look mysterious

4. Which one do you like more: the city view or LaVerne’s style?

5.Her bright smile is precious

Despite many controversies, Zoe LaVerne is an awesome young social media star. She has a huge fanbase and she loves every one of them.