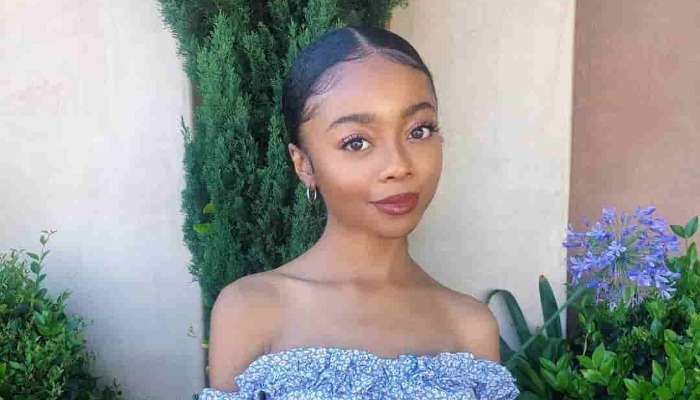 Before being known as an actress, Skai Jackson worked as a child model for various commercials, such as Band-Aid, Pepsi, and Coca-Cola.

She got her first acting role in Liberty Kid in 2007. The next year, she was invited as a guest appearance in Rescue Me.

It was followed by a cameo role in the film titled The Rebound. She also starred in the Nickelodeon series named Bubble Guppies. Jackson continued appearing as a cameo in films The Smurfs and Arthur in 2011.

In the same year, she was cast for a Disney sitcom named Jessie. The role led her to receive a nomination for the Image Award.

In 2013, she starred in The Watsons Go To Birmingham. In 2015, she had a role in Disney series named Bunk’d. In 2017, she got a nomination as Best Influencer from the Shorty Awards.

Shes appears in Lil Nas X’s music video titled Panini in 2019. In 2020, she competed with other celebrities in a TV program Dancing with the Stars.

1. Let’s chill at home with Jackson!

4. The golden dress is sparkling

Skai Jackson is an inspiring young actress. She continues growing her acting skill in various roles in movies.