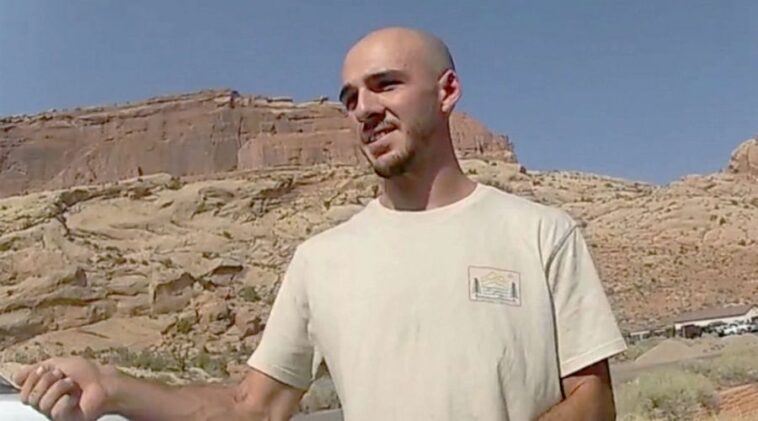 Brian Laundrie gained popularity after the Internet buzzed the news about his beautiful missing girlfriend, Gabby Petito, in September 2021.

The couple started dating a long time ago when they were just teenagers and they got engaged in a very private ceremony.

Brian and his partner love to travel the world and often shared their travel journeys on their social media accounts, including Instagram and YouTube.

On July 2, 2021, they decided to start a cross-country trip for 4 months starting from their hometown, New York.

But unfortunately, on August 12, 2021, there was a witness who saw the fight between the couple and called 911 to get some help.

Gabby was reported hitting Brian and the police confronted her, but Gabby justified her actions by saying that she was just struggling with her mental health.

After that, the couple continued their travel journey until August 2021 ended.

On September 1, 2021, Brian came back home to Florida without Gabby, and Gabby’s family then announced their missing daughter on September 11.

After the report came out, Brian was silent and hired a lawyer to handle this case, even though there wasn’t any charge that was aimed at him.

On September 17, 2021, his lawyer reported that Brian was missing, too. Two days later, on September 19, her dead body of Gabby was discovered at Wyoming’s National Park.

Brian Laundrie is actually a loving and wonderful person. Unfortunately, his case with his girlfriend became a complex matter after the news spread out.