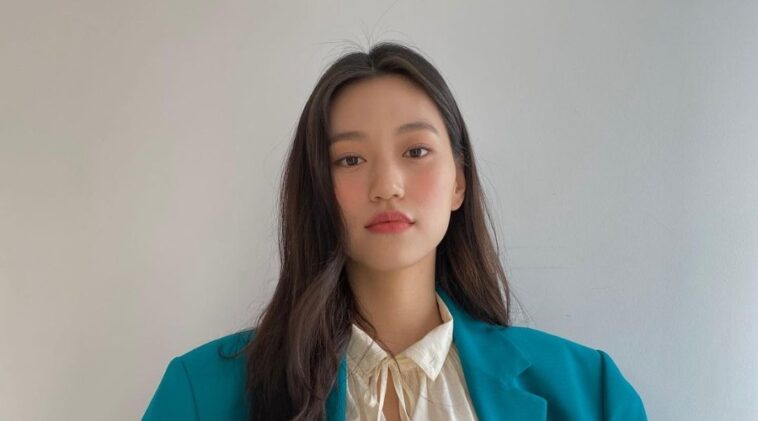 Doyeon started her journey as a K-pop idol when she decided to join Fantagio as one of their trainees there.

No longer after she became a trainee, she then joined a survival show called Produce 101 in 2016 with four other Fantagio’s trainees.

After placing 8th rank in the final episode, she then became a member of the winning team, IOI, and debuted on May 4, 2016 by releasing Dream Girls single.

One year later, IOI disbanded and Doyeon came back to Fantagio. She then debuted again with a new girl group called Weki Meki by releasing Weme EP on August 8, 2017.

She also debuted as an actress in 2018, for a drama called Short. In this drama, she acted as a supporting actress.

In the same year, she also started to be a part of WJMK, a collaboration team between Weki Meki and WJSN.

Not only that, she also appeared in Law of The Jungle in Last Indian Ocean, a drama called Be Melodramatic, and a web drama called Boy and Girl Straight Out of a Cartoon.

1. She looks so luxurious yet classy in this picture

2. The prettiest party girl ever

3. Doyeon is a literal goddess

4. Even in the night she is brighter than the stars

5. A sleek look from a queen

Doyeon is not just amazingly beautiful, but she also has a strong, vibrant, and confident personality. What a fresh idol!