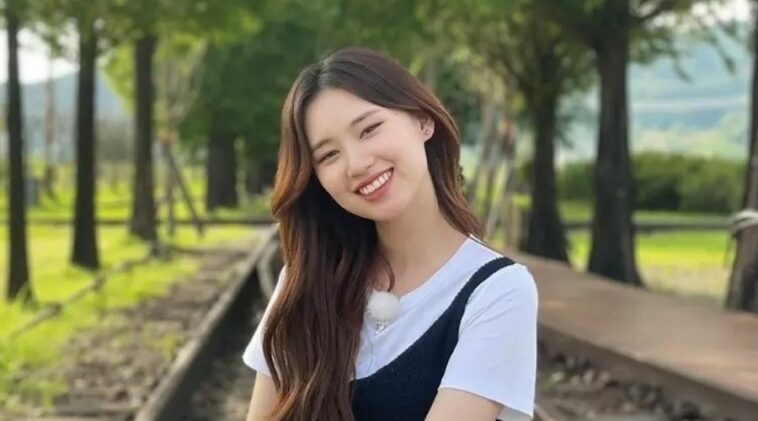 Elly initially started her career as a Korean entertainer when she decided to take a path to be a trainee.

In 2013, she took her step to Fantagio Entertainment to be one of their trainees. Successfully passed the audition, she then continued to train hard every day.

Initially, she trained to be an actress. However, as the time went by, she got a desire to be a singer.

This girl first made a public appearance when she became a cameo actress for a Korean web drama called To Be Continued in 2015.

One year later, she got more exposure because of her participation in Produce 101. She performed very well but she got eliminated in the 8th episode by placing the 47 rank.

Elly then appeared again as an idol when she debuted with Weki Meki in 2017, when they released a debut EP called Weme on 8th August 2017.

1. Elly looks so fresh with that simple yet colorful outfit

2. Such a badass idol

4. She looks so elegant in a yellow dress

5. A princess is waiting for the show

As a bold idol, Elly oftentimes excites us with her strong personality. She’s unique, brave, and make us really idolize her that deep. Good job, Elly!