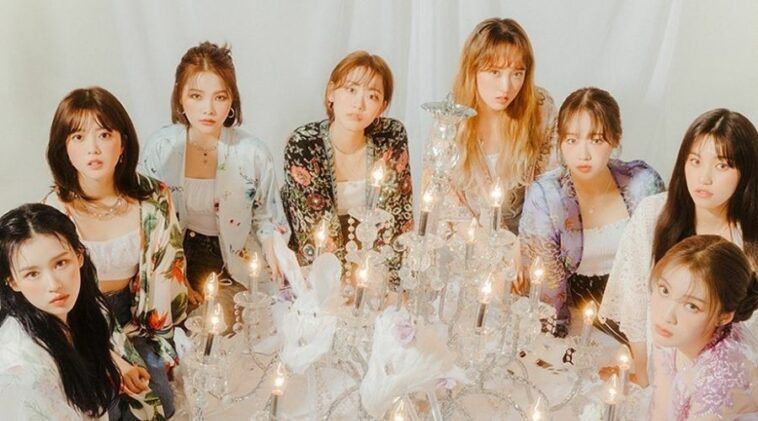 This group contains Suyeon, Elly, Yujeong, Doyeon, Lua, Rina, Sei, and Lucy. Some of them were part of i-Teen Girls, a Fantagio’s rookie program for debuting a girl group.

The group name, Weki Meki, has 2 different meanings. The word “Weki” means that they are already becoming a group when they first meet each other to open the new world.

Meanwhile, the word “Meki” means 8 girls with uniqueness that differentiate each other.

Weki Meki first debuted in 2017 by releasing their first EP called Weme. This EP was released on August 8, 2017, which some of the lyrics have Yoojung’s credit.

Six months later, the group made a release of the second EP, Lucky, on February 21, 2018. In the same year on October, the group also released Kiss, Kicks.

In 2019, they continued to make a release of Lock End LOL in May and a digital single album, Dazzle Dazzle, in February 2020.

Followed by the release of Dazzle Dazzle, the group released their third EP, Hide and Seek, in June 2020.

Weki Meki isn’t just a fresh K-pop girl group, but the group also contains members with full of talents and charm. Well, such an awesome girl group, aren’t they?