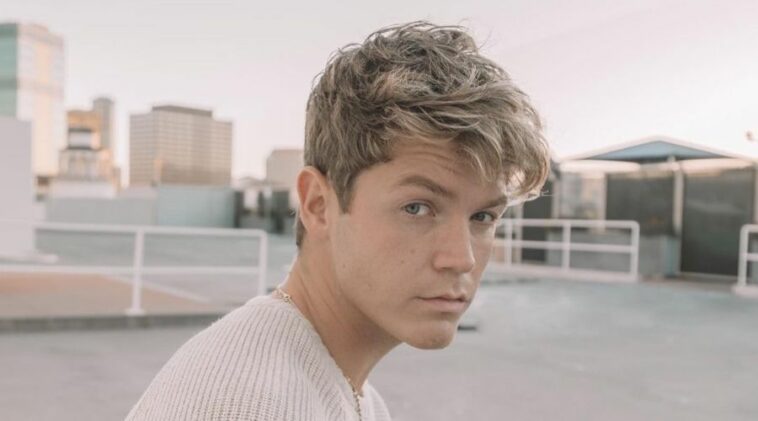 Jamie Miller, a Welsh heart-robber singer, already had a grand passion for music since he was just an elementary school student.

During his childhood days, he often did a lot of practice in music and singing. Later, he realized that he has been already in love with music for a long time.

After doing self-practice for some years, this lovely singer initiated his music career by entering some music competitions.

At first, Jamie registered himself to The X Factor UK, but unfortunately, he didn’t pass the audition.

But several times later, in 2017, Jamie tried another shot by joining an audition of The Voice UK in its sixth season.

Long story short, Jamie successfully passed the audition and directly was chosen to be one of Jennifer Hudson’s team.

After joining The Voice, he always passed various selections, starting from the blind audition, battle round, live show, semifinals, and finals. He got the top 3 positions in the final episode.

From The Voice, Jamie continued his passion for music by making some song covers from various artists, such as Lewis Capaldi, Sam Smith, and Adele.

Later, he got an offer to sign with Atlantic Records to be a soloist. He finally debuted as a singer in 2020, when he released his first single titled City That Never Sleeps in July 2020.

By knowing his journey and deep feeling in music, his fans already know that he is such a good role model. He is a treasure, right?