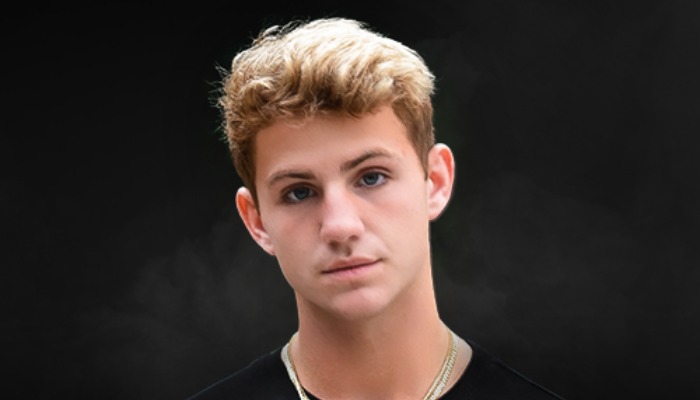 MattyBraps or MattyB, has built his career in the music industry since he was a child. He is interested in rapping after being introduced to the genre by his cousin.

He started with covering popular songs from Justin Bieber, Willow Smith, and Rihanna, and received positive responses from the Internet.

In 2010, he released his original song called I Believe in You. It is followed by Just the Way You Are in August and That’s the Way.

The later song led him to peak at number 11 on the Billboard Social 50 Chart. It then doubled his followers on social media, including Twitter, YouTube, and Facebook.

He has made appearances in TV shows, such as Dr. Phil, Dance Moms, and Entertainment Tonight. In 2020, he got a nomination from the Short Awards for YouTube Musician.

This singer has collaborated with many famous artists, including JoJo Siwa, Dwayne Johnson, and John Cena.

1. The singer poses on the train underground

3. He looks cool with the jeans outer

4. The stripes on his hoodie are head-turning

5. Check this close-up look from the singer!

Matty Braps has created music that everybody can relate to and touches people’s hearts.