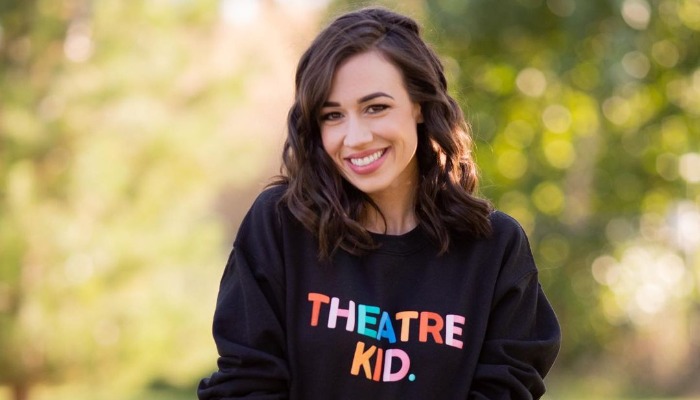 Colleen Ballinger started her life as a performer back in 2007, when she made some performances for Disney California.

In that year, she performed in several cabaret and parties and do some piano lessons for kids.

Two years later, she got a role as Kelsi Nielsen in the popular musical High School Musical which was located at Candlelight Pavilion Dinner Theatre in California.

Colleen also made a kickstart for her career in that year, when she began to gain her popularity to act as Miranda Sings.

That character, a lady who is egocentric, arrogant, and rude made public began to be entertained, especially when she made some videos on YouTube about her characters.

The name of hers more skyrocketing after she frequently posted YouTube videos as a comedian. From 2010 to 2012, she then started his second channel, Mirandavlogz and also PsychoSporano.

Because of her amazing talents in comedy and acting, she got some awards, such as for Teen Choice Awards-Choice Web Star in Comedy Category (2015) and also Best Actress for Streamy Award (2015).

In that year, she also made some appearances for TV and web series. Those titles are The View, The Grace Helbig Show, HeyUSA, and How to Makeup.

She was even featured on the track for Flula Borg’s EP, I Want to Touch You.

One year later, in 2016, she starred in a pizza commercial for a brand DiGiorno. Colleen also appeared in Haters Back Off, Prank Academy, and also Chelsea.

In 2018, she made an appearance for Escape the Night Season 3 as The Disco Dancer and became a cameo for Ralph Breaks the Internet.

She later debuted in a musical called Waitress on Broadway in August 2019. Her debut amazingly became a huge success, which reached $963,408 a week after the release.

After that, Colleen came back to some entertainment careers, such as The Rocky Horror Picture Show (2020) and Centaurworld (2021).

2. She found a vintage piano while taking a vacation

4. She wears her merch

5. Colleen celebrates Christmas at her home

Colleen Ballinger is a multitalented artist that many people adore. She is successful on YouTube, TV shows, and singing performances.