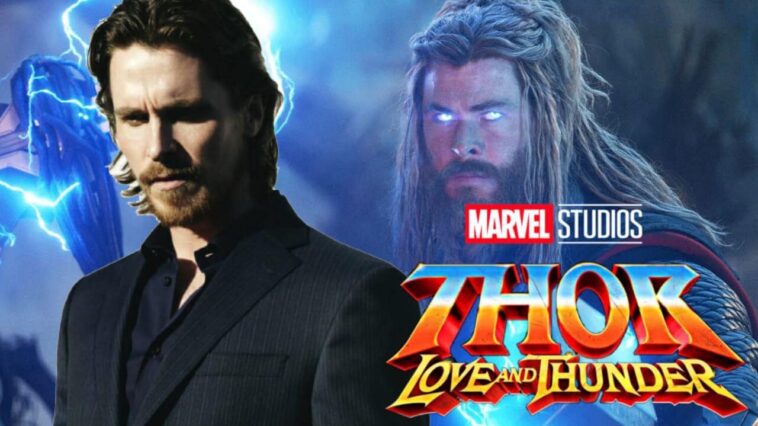 Christian Bale is one of the best Hollywood actors who plays many great movies. He will play in Thor: Love and Thunder as Gorr the God Butcher in 2022 which coming in 11 February 2022.

Thor: Love and Thunder is adaptation movie of Marvel Comics. It is the sixth and the last movie of The Avengers. He will play with Chris Hemsworth as Thor, Natalie Portman as Jane Foster, and Tessa Thompson as Valkyrie.

Before this movie, Bale plays in many great movies, here are 6 movies which played by Bale that you should watch.

In The Dark Knight movie, he plays as Batman, Bruce Wayner. The story begins when Wayner has to fight Joker, a criminal who wants to destroy Gotham city.

He will work with Gordon and Harvey Dent to help the world from Joker. This movie won best achievement in sound editing and got into many nominations.

The fighter is a great movie about a professional boxer, Micky Ward who played by Wahlberg and and the older half brother Dicky Edlund (Cristian Bale).

This movie comes from real life of Micky Ward to be a great boxer. It won best sport movie from ESPY awards, while many of actors include Bale won some awards from this movie.

This movie got many attention from society and critics. It tells about a relationship between Irving Rosenfeld (Christian Bale) and Sydney (Amy adams) who work together as swindler.

Irving actually is in love with his partner, but he is afraid he will lost contact to his foster child, Danny because he has married to Rosalyn (Jennifer Lawrence).

The budget of this movie is about $40 millions, while the profit is 6 times or $ 251 millions. It got number 4th in box office best movies.

This movie is biographical comedy drama about the life of Mickey Burry. 3 great actors also join in this movie, they are Brad Pitt, Steve Carell and Ryan Gosling. It got 6th position in box office movies.

Vice (2018) is historical drama about Dick Cheney, the 46th vice president of America. Christian Bale plays as Dick Cheney in this movie.

This movie won many awards and becomes the 6 best box office movie in 2018.

Ford v Ferrari played in 2019. The cast from this movie are Matt Damon as Carroll Shelby, while Cristian Bale as Ken Miles.

The story is about sport film. Shelby, a racing driver works with Ken Miles (racing engineer) to create a new racing car to beat Ferrari racing team. It is a true story from Carroll and Ken which full of amazing moments.

Bale plays in many great movies and has great acting skill. Do not forget to set your alarm for Christian Bale next movie Thor: Love and Thunder!