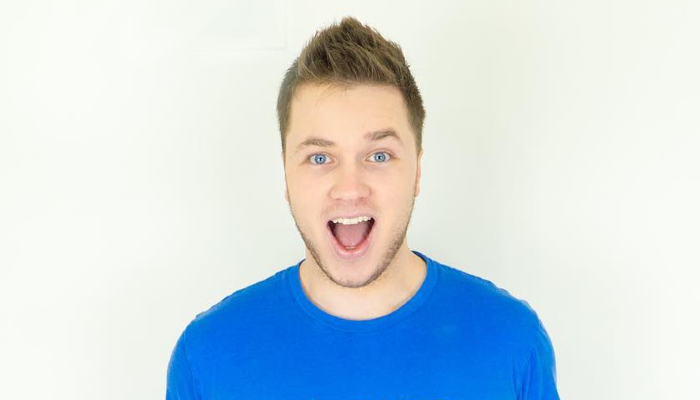 Unfortunately, he found no success and the team soon disbanded.

Jake was left as the sole owner of Team Epiphany. He decided to rebrand as Papa Jake.

This Youtube star began to upload various skits and funny videos. He also joined in on popular trends like the 24 hour challenges.

Over the years, the Canadian began to shift his focus on more kid friendly contents. He created bigger and more exaggerated contents.

Jake did lots of box fort videos, creating various buildings like school, space ships, and even the Titanic ship.

Thanks to these kinds of contents, Jake managed to gain lots of views and subscribers. He has amassed more than 1 billion views as of 2021.

He also has got the Youtube Gold Play Button for reaching over 1 million subscribers.

1. Jake is looking really cool in this picture

2. Posing with his girlfriend

3. He is having fun with Nerf Gun

4. His outfit is perfect for autumn

5. Jake is matching with the car

Despite not immediately finding success, Papa Jake keeps on pushing forward with his Youtube channel. His story is truly inspirational.