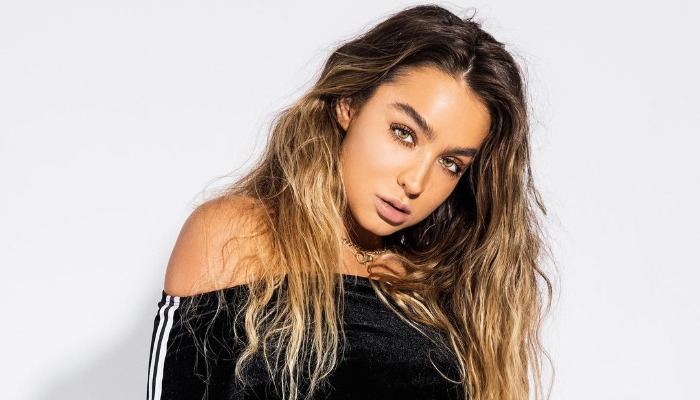 Sommer Ray began his career when she uploaded videos on Vine in 2013. She posted her daily activities with her mother such as dancing and singing while driving.

Then, she posted her workouts dan trendy dance. Those content made her famous and became one of the Vine stars.

Hence, she decided to be a model at the age of 14. When she was 16, Sommer became a fitness bikini model.

The next year, she received the title of SI’s Lovely Ladies of the day. In 2017, the YouTube star appeared in a TV show named Wild ‘N Out.

She also became one of the Cloutgang members with other YouTubers such as RiceGum, FaZe Rug, and Alissa Violet.

In 2020, Hopper HQ ranked her #48 on its Instagram Rich List. Throughout her career, she has worked with several brands, including Myokore, Calvin Klein, and Adidas.

1. She indeed has body goals!

2. Sommer looks stunning with that bikini

3. Her bright smile is heart-warming

4. Sommer’s side profile is amazing

Sommer Ray’s fame and body goals are a combination of consistency and hard work. She is a role model for staying pretty and healthy.