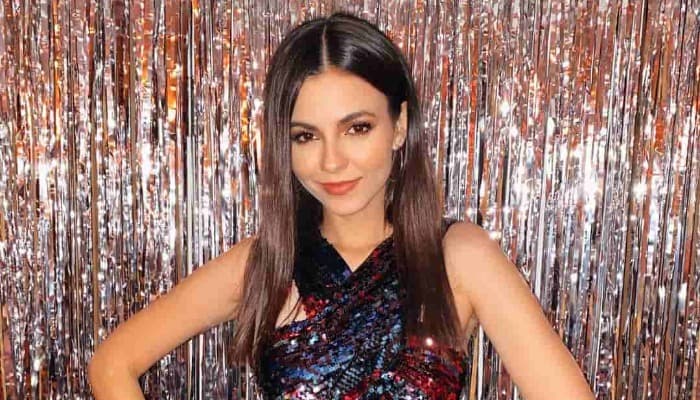 Victoria Justice began her career as an actress at the age of 10. She appeared in the TV series Gilmore Girls in 2003.

During her theater program at the Millikan Performing Arts Academy, she worked in commercials for famous brands, such as Guess, Ralph Lauren, and Ovaltine.

In 2009, she starred in the series The Naked Brothers Band and movie Spectacular!, which aired on Nickelodeon.

The film became the channel’s most well-known films as it attracted more than 3.5 million viewers during the premiere.

The success of the Nickelodeon series brought her to get roles in other TV programs, such as BrainSurge, The Troop, and iCarly.

In 2010, she voiced Stacy in The Penguins of Madagascar series.

Then, in 2013, she launched her debut single named Gold. During the pandemic 2020, the singer hosted the Kids’ Choice Awards.

Throughout her career, she won many awards, including Young Artist Awards as Best Young Ensemble Performance in a TV series in 2006 and 2007 in a row.

1. Her look is perfect from any angle!

4. The black boot contrasts her white pants and top

Victoria Justice has skyrocketed her career from getting a guest role to becoming the main role.