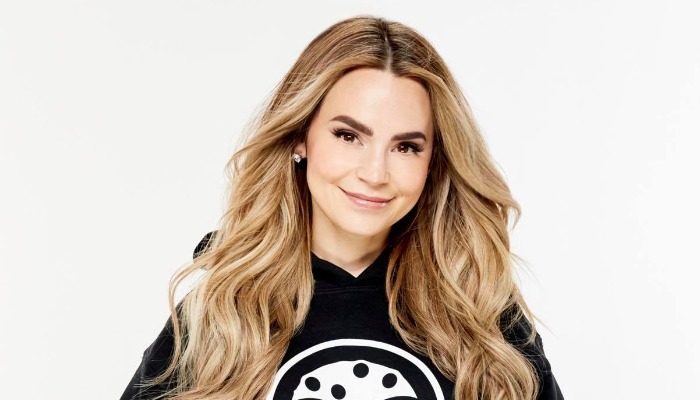 Before joining YouTube, Rosanna Pansino built her career as an actress. She loved acting after participating in her school’s drama club. She played as an extra for the TV shows Ghost Whisperer and Glee.

During her spare time, she made a YouTube channel named Nerdy Nummies, which she later changed to her name.

The channel shares her passion for cooking. Her agent then dropped her because she chose YouTube over acting.

In 2015, the woman launched a book named The Nerdy Nummies Cookbook: Sweet Treats for the Geek in All of Us. The book ranked #5 on The New York Times bestselling book.

She launched a second book in 2018 titled Baking All Year Round. She partnered with Nintendo as a guest visitor for the StreetPass Mii Plaza.

She made a comeback to the screen by taking roles in the TV series Bizaardvark, a Netflix series Nailed It! and the HBO series Craftopia as a guest judge.

2. The YouTuber always takes care of her body

3. She looks adorable with the white sweater and beanie

4. Rosanna plays with a snow sandman

Rosanna Pansino made a great decision by choosing YouTube over her acting career. Now, she has generated millions of bucks and followers.