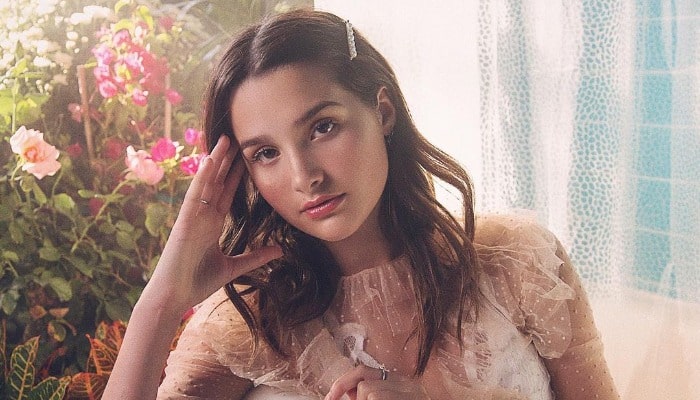 Jules LeBlanc was previously known for her gymnastics activities. She published tutorials and tips about it since 2008 on her YouTube channel. At that time, the name of the channel was Acroanna.

She continued her social media career by posting vlogs on YouTube and videos on TikTok.

Her name became more famous when she appeared in Alex & Sierra’s cover video, along with her ex-boyfriend, Hayden Summerall.

The couple then was cast for main roles in a web series called Chicken Girls in 2017. The series gained around 4 million views per episode.

In the same year, she made a cover of the single Fly by Maddie & Tae. She eventually launched her own single titled Ordinary Girl in November 2017. Jules went on tour in February 2018.

That year, she won Muser of the Year from Shorty Awards and was nominated for Acting in a Drama from Streamy Awards.

2. The dress makes her look like a snow angel

4. She wears a T-shirt and jeans

5. The all-black outfit is stylish!

Despite Jules LeBlanc doesn’t have acting experience before, her hard work to learn and passion in the industry has made her more skillful.