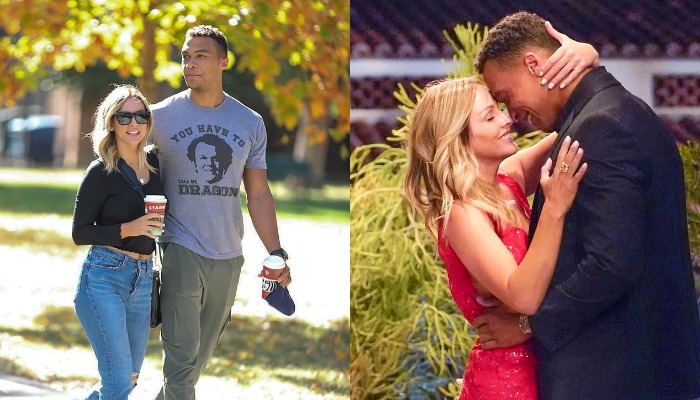 You are probably familiar with the names of Clare Crawley and Dale Moss.

Both appeared in the American television series The Bachelorette, a dating game show from The American Broadcasting Company (ABC).

Their relationship makes fans very curious, since Clare, who reportedly ended the engagement with Dale, recently posted a picture of herself wearing the ring from her engagement.

The speculation grows to be they getting back together. However, there has not been the confirmation from them.

So, we will look what are the facts in their relationship until nowadays as well as how do they meet each other.

Read more: Get To Know More About 10 Facts of David Attenborough

1. Clare Crawley and Dale Moss firstly met during the set of season 16 The Bachelorette in summer

2. Since the first meeting, Clare already into Dale. She even thought that Dale is like her future husband

3. Then, less than two weeks from the first meeting, they decide to get the engagement

4. They are loving and caring each other since then. Both think they could not live without one another

5. However, on 19 January, they split and ended the relationship

6. Dale posted in his Instagram that he was not in a relationship anymore with Clare, but Clare remained to keep silent

7. Then, in 21 January, she also explained about her relationship condition

8. The reason of the splitting because they argue with a lot of things. There was also a rumor that told Dale was cheating on Clare

9. Then, they found spending time together a month after the broke up news in Florida

10. The last information about their relationship is Clare which posted a picture of her which seemed wearing the ring on her engagement. This news makes fans curious whether they already getting back again

Until this news release, both have not confirmed about the rumor. Dale also explained that he wanted to keep everything in private. All best for both of them.