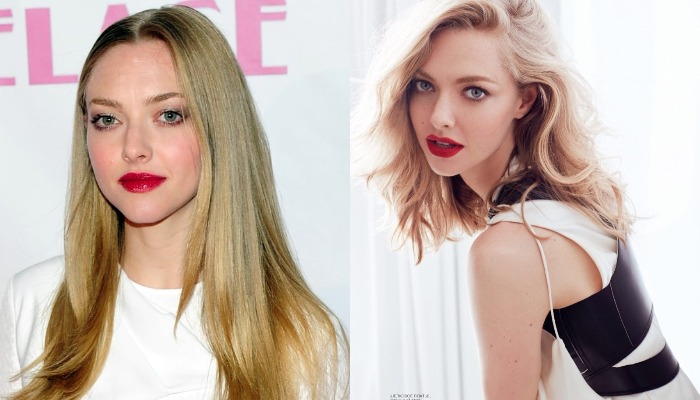 Amanda Seyfried is an actress who is very beautiful and having the great acting skill.

Recently, she seems more focus on her new film entitle Things Heard and Seen, which is released on April 29, 2021.

Moreover, this story is taken from a novel All Things Cease to Appear by Elizabeth Brundage.

This story has supernatural, thriller, and horror genres which is so unpredictable. Amanda Seyfried will play with James Norton as a husband and wife.

Their life is actually normal, but everything turns to be strange when they move to a new house, which is spooky and scary.

This movie is perfect for the thriller genre’s lovers, which can increase your adrenaline.

So, let us see closer some information about the main cast of this movie, Amanda Seyfried as one of the best actresses in red lipstick.

1. Amanda Seyfried started her career as a model at 11 years old. Then, when she turned into 15 years old she opened new opportunity into an actress

2. Her father is a pharmacist, Jack Seyfried. While, her mother is a therapist namely Ann Seyfried

3. Amanda has one older sister, Jennifer Seyfried who is a musisian

4. In March 2017, Amanda got married with Thomas Sadoski. They met in The Last Word film

6. Amanda is also a part of NGO INARA, an organization which helps refugee children

7. She played in many romantic films, such as Dear John and Letter to Juliet

9. Her latest award is in 2021 for Satellite Awards for Best Supporting Actress-Motion Picture

10. Her upcoming film is A Mouthful of Air, where she will play as Julie Davis

Amanda Seyfried should nominate as an actress with full of talents. What do you think about her? What movie of Amanda Seyfried that have you watch until now?