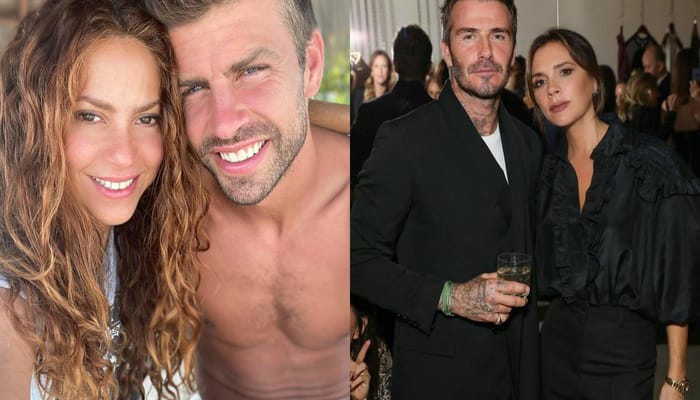 A relationship between celebrities and sport stars is not a new story. Many celebrities  are in love with sport player that we can find in many news articles. Sometimes it makes fans envy but end with best wishes for them.

Both celebrity and sport player always look perfect together. A quality of attractive face and ability as sport player will be the best combination for their children later on.

However, do you know who are celebrities in relationship with sport star? Here the list of actresses and models married to the global football player.

Victoria and David Beckham are the most precious couple loved by fans.Victoria was a singer from group Pussycat doll while Beckham played in Manchester United as midfielder.

They got married on 4 July 1999 and have four children from their marriage, Brooklyn Beckham, Romeo James Beckham, Harper Beckham.

Shakira and Pique have been in relationship for nine years but they decide no to marry until now.

However, they already have two cute children, Milan (7 years old) and Sasha (5 years old. They are in love whenever we see it.

Presenter and celebrity, Coleen Rooney has been married with soccer player Rooney for 12 years. They have three children from the marriage.

In her Instagram account, Coleen expresses how happy she is to be wife of Rooney at her special anniversary day.

Kaka has relationship with Caroline after he broke up with his first wife. They have been knowing for 3 years before they decided to get married. Kaka and Caroline continues their relationship and getting married on November 2019.

Amine Gulse is actress and model who won Miss World Turkey in 2014. Then, in 2019 Anime ended her single status and marrying Mesut Ozil. They have one child name Gulter Gulse.