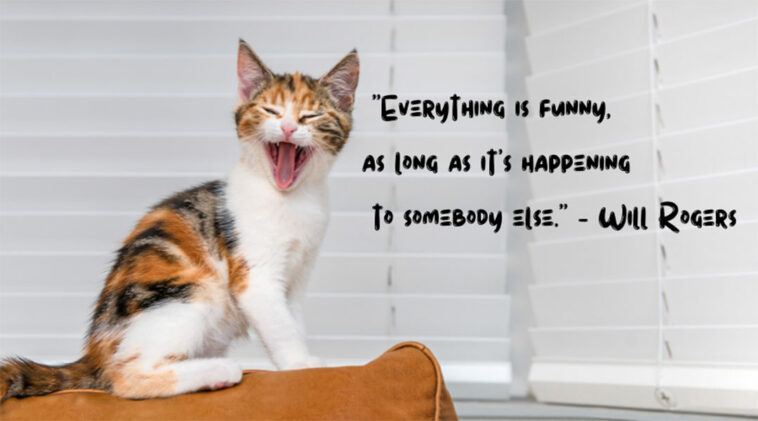 Quotes is not only a wisdom sentence that motivate you. Funny quotes will make you have a little smirk during your hard time.

From the legendary Jim Carrey to sarcastic Ellen De Generes. Here’s 60 funny quotes that will brighten up your day.

1.“I love being married. It’s so great to find that one special person you want to annoy for the rest of your life.” – Rita Rudner

2. “It is a scientific fact that your body will not absorb cholesterol if you take it from another person’s plate.” – Dave Barry

3. “Behind every great man is a woman rolling her eyes.”  – Jim Carrey

4. “I just realized that ‘Let me check my calendar’ is the adult version of ‘Let me ask my mom.’” -Noelle Chatham.

5. “They love their hair because they’re not smart enough to love something more interesting.” – John Green

6.  “I want my children to have all the things I couldn’t afford. Then I want to move in with them.” – Phyllis Diller 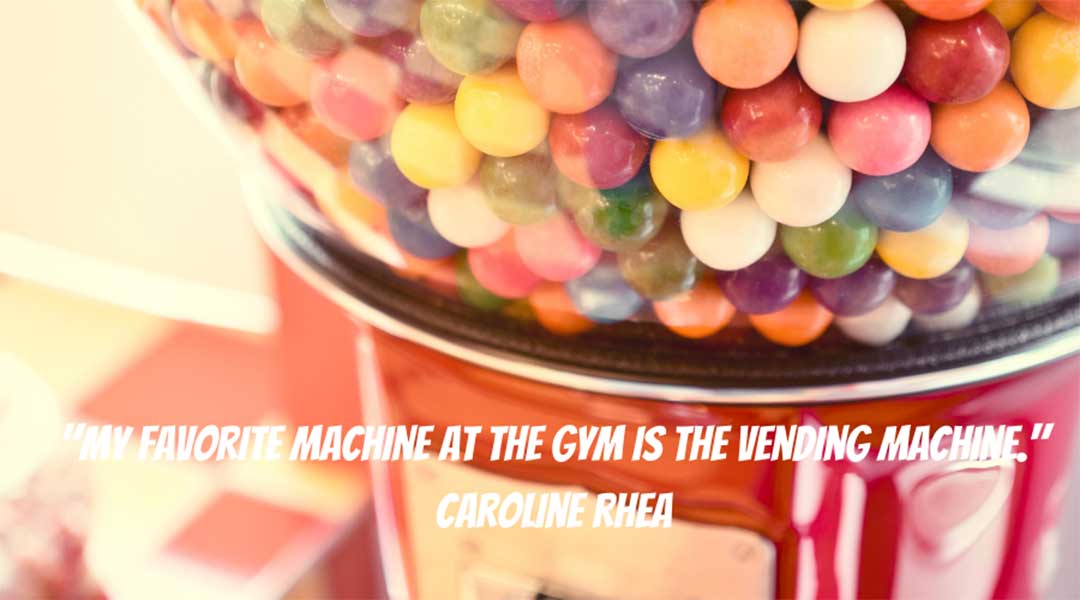 7. “My favorite machine at the gym is the vending machine.” – Caroline Rhea

8. “Laugh and the world laughs with you, snore and you sleep alone.” – Anthony Burgess

9. “When your children are teenagers, it’s important to have a dog so that someone in the house is happy to see you.” —Nora Ephron.

11. “Insomnia sharpens your math skills because you spend all night calculating how much sleep you’ll get if you’re able to ‘fall asleep right now.” – Anonymous.

12. “Marriage is the only war in which you sleep with the enemy.” – Francois de La Rochefoucauld.

13. “I’m sick of following my dreams, man. I’m just going to ask where they’re going and hook up with ’em later.” – Mitch Hedberg 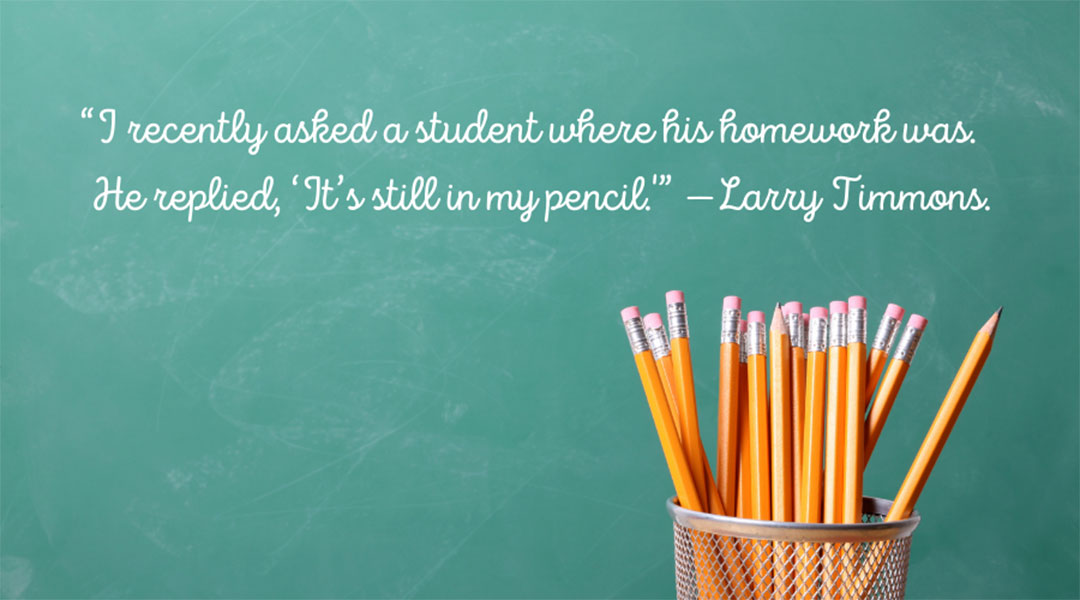 14. “I recently asked a student where his homework was. He replied, ‘It’s still in my pencil.’” —Larry Timmons.

15. “I finally realized that people are prisoners of their phones. That’s why it’s called a “cell” phone. – Anonymous.

17. “Going to church doesn’t make you a Christian any more than going to a garage makes you an automobile. ” – Billy Sunday

18. “When a man opens a car door for his wife, it’s either a new car or a new wife.” – Prince Philip Duke of Edinburgh

19. “I never feel more alone than when I’m trying to put sunscreen on my back.” – Jimmy Kimmel

20. “I had plastic surgery last week – I cut up my credit cards.” – Henny Youngman 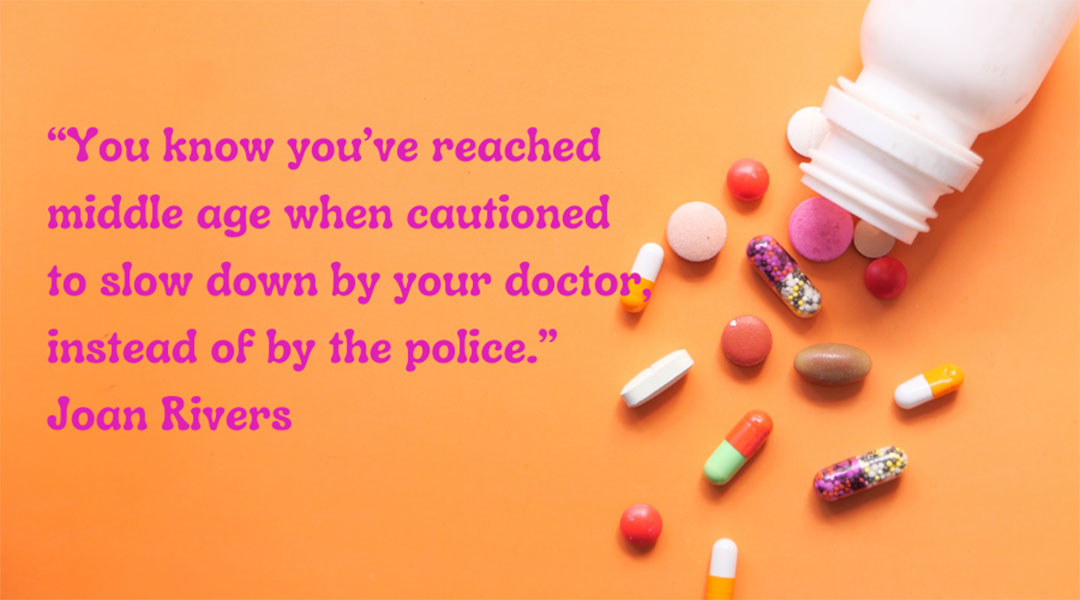 21.  “You know you’ve reached middle age when you’re cautioned to slow down by your doctor, instead of by the police.” – Joan Rivers

22. “Knowledge is like underwear. It is useful to have it, but not necessary to show it off.” – Bill Murray

23. “I love deadlines. I like the whooshing sound they make as they fly by.” – Douglas Adams

24. “They say love is more important than money. Have you tried paying your bills with a hug? – Dave Chappelle

25. “As you get older, three things happen. The first is your memory goes, and I can’t remember the other two.” – Sir Norman Wisdom 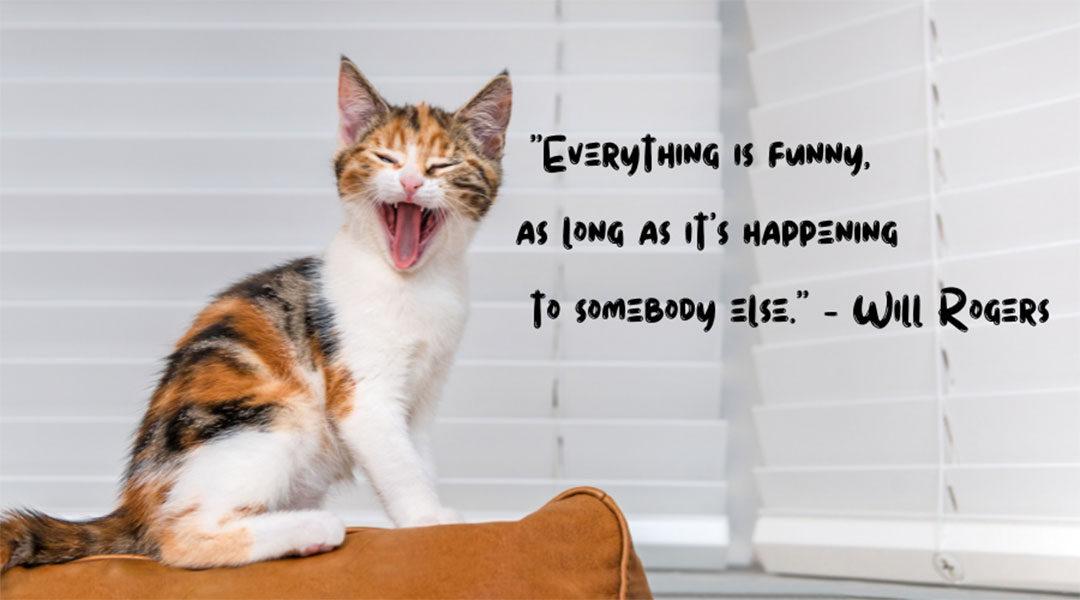 28. “Everything is funny, as long as it’s happening to somebody else.” – Will Rogers

29. “My therapist told me the way to achieve true inner peace is to finish what I start. So far I’ve finished two bags of M&Ms and a chocolate cake. I feel better already.” – Dave Barry

30. “Everyone has a purpose in life. Perhaps yours is watching television.” – David Letterman

31. “I hate housework! You make the beds, you do the dishes and six months later you have to start all over again.”  – Joan Rivers

33. “I grew up with six brothers. That’s how I learned to dance: waiting for the bathroom.” – Bob Hope

34. “Eggs are fantastic for a fitness diet. If you don’t like the taste, just add cocoa, flour, sugar, butter, baking powder and cook at 350 for 30 minutes.” – Anonymous 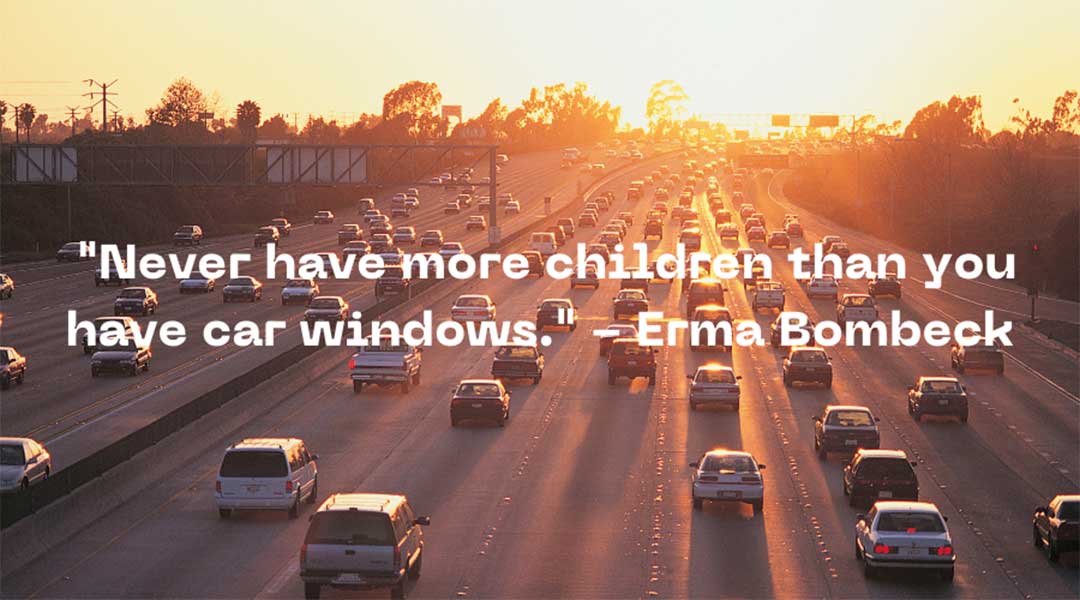 35. “Never have more children than you have car windows.” – Erma Bombeck

36. “According to a new survey, 90% of men say their lover is also their best friend. Which is really kind of disturbing when you consider man’s best friend is his dog. ” – Jay Leno

37. “I believe in rules. Sure I do. If there weren’t any rules, how could you break them?” – Leo Durocher

38. “If women ran the world we wouldn’t have wars, just intense negotiations every 28 days.”Robin Williams

39. “The worst part of online shopping is having to get up and get your credit card from your purse.” – Anonymous

40. “Money is not the most important thing in the world. Love is. Fortunately, I love money.” –  Jackie Mason

41. “Do not worry about avoiding temptation. As you grow older it will avoid you.” – Joey Adams 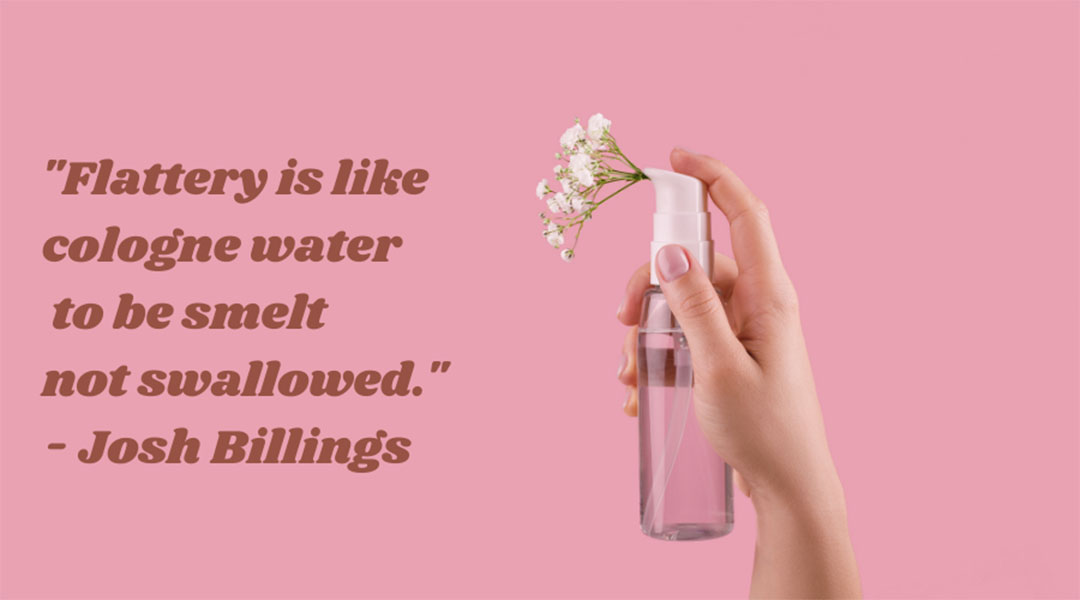 42. “Flattery is like cologne water, to be smelt, not swallowed.” – Josh Billings

43. “The road to success is always under construction. ” – Lily Tomlin

44. “If you are not yelling at your kids, you are not spending enough time with them.” —Reese Witherspoon

46. “The best way to teach your kids about taxes is by eating 30 percent of their ice cream.”
Bill Murray

47. “Can you imagine a world without men? No crime and lots of happy fat women.” – Nicole Hollander

48. “Before you marry a person, you should first make them use a computer with slow Internet service to see who they really are.” —Will Ferrell 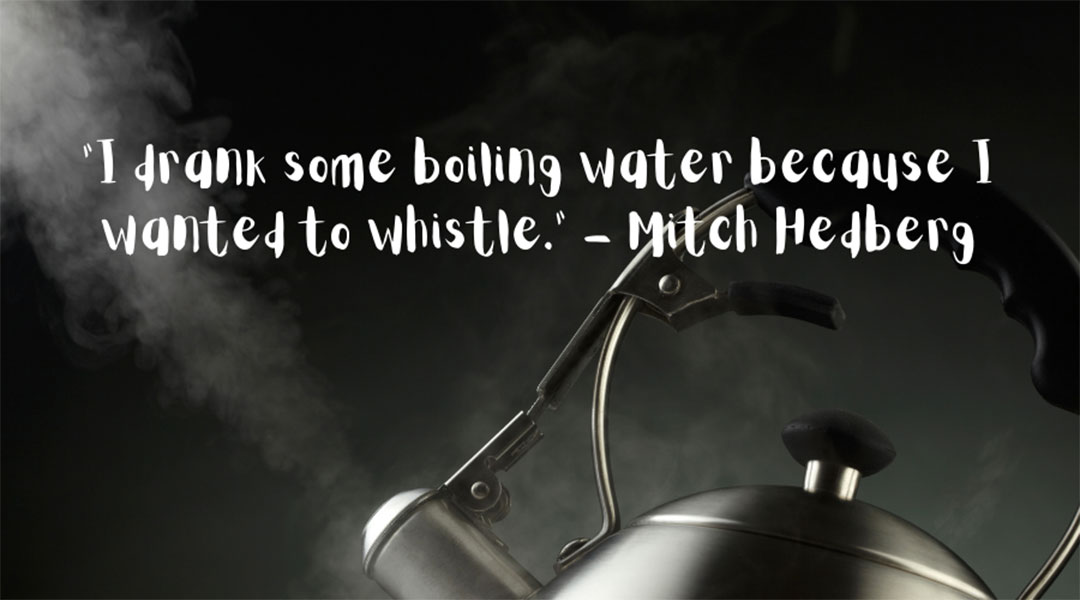 49. “I drank some boiling water because I wanted to whistle.” – Mitch Hedberg

50. “I am a marvelous housekeeper. Every time I leave a man I keep his house. ” – Zsa Zsa Gabor

51. “The trouble with some women is that they get all excited about nothing, and then they marry him.” —Cher

52. “Love conquers all things except poverty and toothache.” – Mae West

53. “I like long walks, especially when they are taken by people who annoy me.” – Fred Allen

54. “Instead of getting married again, I’m going to find a woman I don’t like and just give her a house.” —Rod Stewart 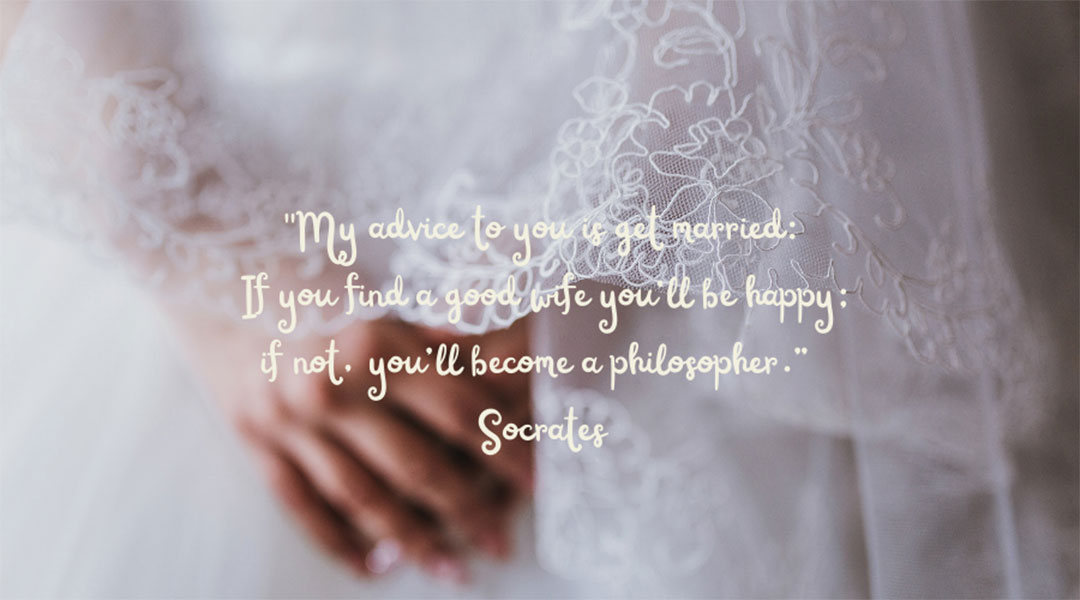 56. “My advice to you is get married: If you find a good wife you’ll be happy; if not, you’ll become a philosopher.”  —Socrates

57. “A computer once beat me at chess, but it was no match for me at kick boxing.” – Emo Philips

60. “Here’s to our wives and girlfriends…may they never meet!” Groucho Marx

Read also: 48 Birthday Wishes To Your Someone Special

Don’t take live too serious! Lets dance in the rain and read those funny quotes!