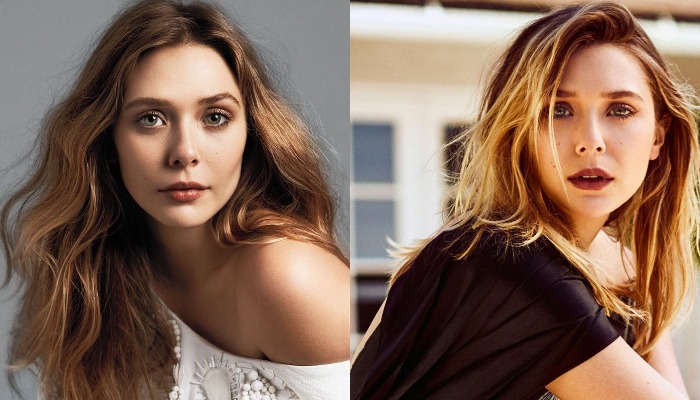 A beautiful celebrity, Elizabeth Olsen gets her popularity from her acting skill as Zibby in a film Silent House (2011).

She starts her career since 1993 in Our First Video, and still working hard until this year. Now, many people are waiting for her next project, wandaVision.

WandaVision is television miniseries, which is going to publish on 15 January 2021. It tells about a story of Elizabeth Olsen as Wanda Maximoff and Paul Bettany as Vision who have superpowers.

At the first time, they just live in a simple suburban area, but one day, they find out everything seem does not normal. This story uses a sitcom classic that will be loved by people.

She puts all her best in this project. Here are 10 lovely portraits and facts about her.

Read more: Gorgeous Women, Here Are 10 Most Beautiful Celebrities in 2020

1. Elizabeth Olsen is a beautiful American star. She was born on 16 February 1989

2. She is the younger sister of the twins Marey Kate-Olsen and Ashley Olsen

3. She becomes a model music video of Carlotta The Queen

5. She engaged with Boyd Holbrook in March 2014. However, both decide to end their relationship on January 2015

6. In 2011, Elizabeth played a thriller film Martha Marcy May Marlene as main cast

7. She ever auditioned for Spy Kids  film

8. Elizabeth got dating rumors with Evan Chris, but she denied it in one interview

9. Now, she is in relationship with Robbie Arnett, a member of Indie band, Milo Greene

10. She also will play as Scarlet Witch in Doctor Strange in the Multiverse of Madness

Elizabeth Olsen always looks beautiful and awesome. She has very beautiful blue eyes. What do you think about her after reading about her facts?