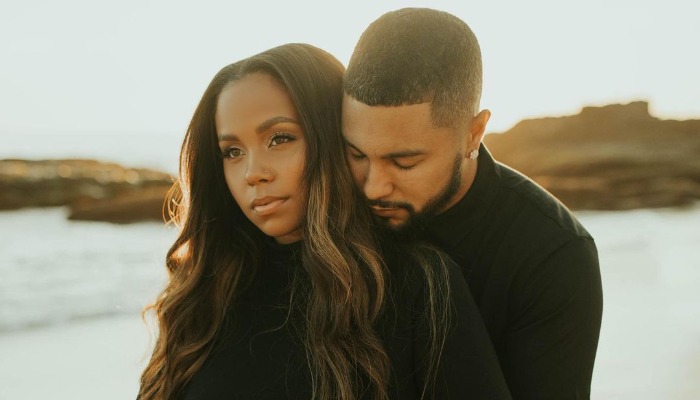 Happy news comes from  a couple Cheneye Floyd and Zach Davis. Both are waiting their second baby to come into the world.

During the pregnancy, Cheneye got a special surprise from her partner, who asked her to be his partner in life.

Cheneye, in her Instagram account, posted a picture of her while Davis was on his knee to beg her to be his fiancee.

Of course, this thing is the perfect moment as she got two surprises at the same time.

She already has one lovely daughter from her previous dating. Now, she is waiting for her second child that she and Davis calls as Ace.

So, we will see 10 romantic pictures from Cheneye Floyd and Zach Davis which is so cute and adorable.

1.  Cheneye and Davis are caring and loving each other. They always share the moments in social media

2. Before having a relationship with Davis, Cheyene was dating Cory Wharton. They have one kid

3. After breaking-up, she is dating Zach David. Zach is such a great man who loves her so much

4. They are one year apart. Zach Davis is a year older than Cheyene

5. Now, Cheneye and David are waiting for their baby, which already 35 weeks pregnancy

6. They celebrated a baby shower together to find out which gender their baby will be

7. It found out that the baby will be a boy. Cheneye calls him as ‘Baby Ace Baby Sprinkle’

8. At the same time, David asked Cheneye to be his fiancee. She looked so happy at the moment

9. Some families and friends also came to celebrate the moment with them

10. In her Insta story, Cheneye wrote that her baby has already 5-6 pounds until nowadays

Read more: Get To Know More About 10 Facts of David Attenborough

What a lovely couple they are. We always hope that their baby, Ace will be a great and awesome later on. Congratulation for both of them.