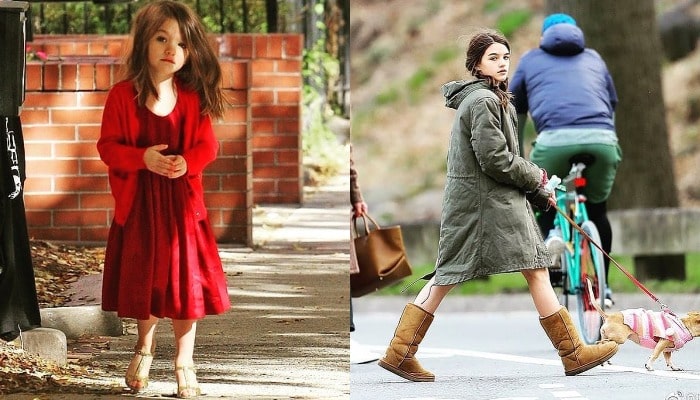 An actor of Mission Impossible married to Katie Holmes in 2006, then ended their relationship in 2016.

Since their marriage, Katie and Tom Cruise have a beautiful daughter who has name Suri Cruise.

Since she was young, Suri Cruise is well known as a kid who has a very stylized style when she goes outside.

She has a very beautiful face and she is loved by fans since she was a little baby. Here are 10 stylist styles of her.

2. After Holmes and Cruise Divorced, Suri Lives with her mother

3. She has very secret life. Her mother, Katie Holmes moved to another house and changed her phone number so people are hard to find her

4. She has two half siblings, Connor Cruise and Isabella Jane Cruise

7. She loves shopping and watching a movie

8. She turns to be a very beautiful girl. Suri sometimes hangs out with her friends

9. Some people say that Suri Cruise has a barbie look which is so attractive

10. Wow! She looks so gorgeous with black jeans and black outer, doesn’t she?

Suri Cruise turns to be a teenager this year. She will be 15 years old in 2021. As she gets older, the more beautiful she becomes.

In your opinion, Suri looks alike with her mother, Katie Holmes or Tom Cruise as her father?