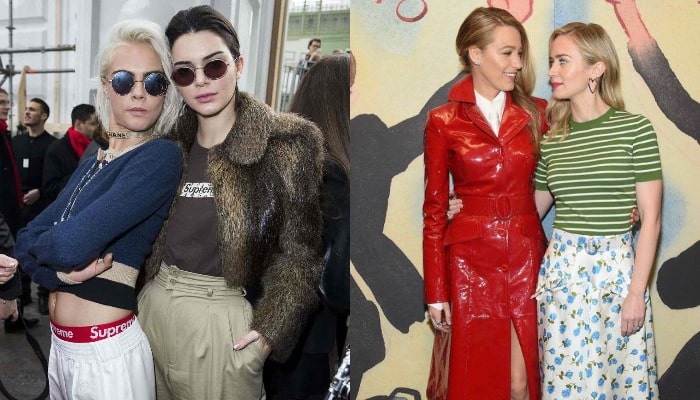 A friendship between people is the sweetest gift from God. You find another person who has the same connection with you or the one who is completely alike with your personality.

Moreover, this kind of relationship also happens between Hollywood stars.

Then, let’s check 10 celebrities who have a great friendship between each other, and how close they are as a friend.

1. Anna  Hathaway and Hugh Jackman played together in Les Misérables in 2012. They got close and became friend since that time

2. Vanessa Hudgens and Ashley Tisdale has been a close friend for 13 years. On Tisdale’s birthday, Hudgens wrote, “HAPPY BIRTHDAY TO MY OG BESTIE @ashleytisdale.”

3. Emily Blunt and Blake Lively is a close friend. They even went to double date at the Guggenheim on March 20, 2018

4. Tom Holland and Chris Hemsworth are great buddies. They have been close to each other since In The Heart of The Sea  film

5. Daniel Radcliffe and Emma Watson are caring each other. They are child actor and actress from the Harry Potter movies

6. Kendall Jenner and Cara Delevigne are high-paid models. Cara also posted a pic of her and Kendall in her special birthday

7. Coming from the same country, Nicole Kidman and Naomi Matt are close to one another until nowadays. They are very supportive in career and personal

8. Rihanna has a great best friend, Melissa Forde. They are often watching football and basketball games together

9. Taylor Swift and Selena Gomez are known as the best friend. “If I ever have an issue, Taylor has gone through it, because she’s older than me, and she gives the most thought-out answers…” explains Selena

Those all the information related to the close relationship between two Hollywood celebrities. Which relationship that you love the most?