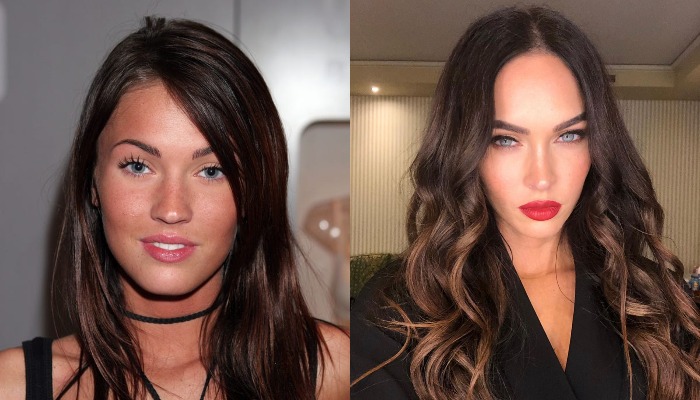 As human beings, we always want the best for ourselves. It also includes our appearance.

Therefore, it would not be a surprise if we find people do some plastic surgeries, Botox as well as filler to make a perfect look that they love.

Some actresses from Hollywood also explained that they decide to do lip filler because they feel insecure.

While, the rest are eager to improve their confidence in doing the same action. They want to make a sexy lip that will attract more people to love them.

Now, we will look 9 before and after pictures from Hollywood actresses after doing lip filter. Let’s check them out.

1. Anna Faris told that she has a lip filller when she was shooting The House Bunny film. She said that it was a mistake

2. Ariana Grande apparently has done lip filler too. Her lips look sexier than when she was a teenager

3. Bella Thorne, an actress who plays in Girl movie, looks so different from her younger self. Some people and expert believe that she has done a lip filler to her face

4. Moreover, Britney Spears reveals that she also has a lip injection treatment, when she was in one interview

5. Chrissy Taigen ever said that everything in her body was fake except her cheek. She also pointed her nose and lip

6. Ellie Goulding’ lip is completely different when she was young. Her lip looks fuller and thicker. However, she has never explained further about it

7. Some fans of Gwen Stefani believe that her look is the same with her old self. However, an expert said that she has done lip filler and chin implant

8. Kylie Jenner said that she feels insecure about her lip. This is the reason of why she decides to do lip filler

9. Megan Fox looks a bit different from her look when she was young. She never admitted the rumor, but many people try to guess whether she has done a lip filler to her face

What do you think about their face before and now? Who has the best lip in your opinion from 9 Hollywood actresses above?