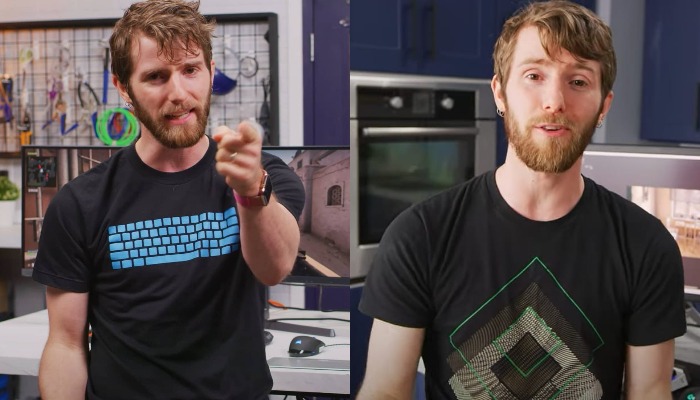 Linus Gabriel Sebastian or Linus Sebastian is a YouTuber who has huge subscribers.

Everyone is looking for some tips in technology, you should see his channel under the name Linus Tech Tips. At the first time, he makes a YouTube for demonstrating NCIX product.

He made YouTube channel on November 24, 2008. After the NCIX company did not work very well, he starts to open his own company Linus Media Group.

This time, his channel YouTube became one of  the most viewed YouTube channel. Here 9 portraits of him.

1. Linus Sebastian worked as manager in NCIX, a computer online shop in Canada, before he becomes a YouTuber

4. In 2016, he released a video to demonstrate 1 CPU for 7 gamer which became hot news at the time

5. In 2018, he uploaded a video about Game PC Secret Shopper about the experiences of him to buy  PC gaming which got a lot attention from people

6. Sebastian already married to Yvonne Ho on May 20, 2011 and having two children

7. Besides Linus Tech Tips, he has 3 other channels, they are Techquickie, Techlinked, and ShortCircuit

8. In 2015, Inc magazine put him in the 4th position for 30 powerful players in technology

9. In 2020, he got creator awards from YouTube which reached up to 10 millions subscribers

From the story of Linus Sebastian, we can learn that people could change their lives, if they work hard for it and never give up. What do you think about Linus Sebastian?