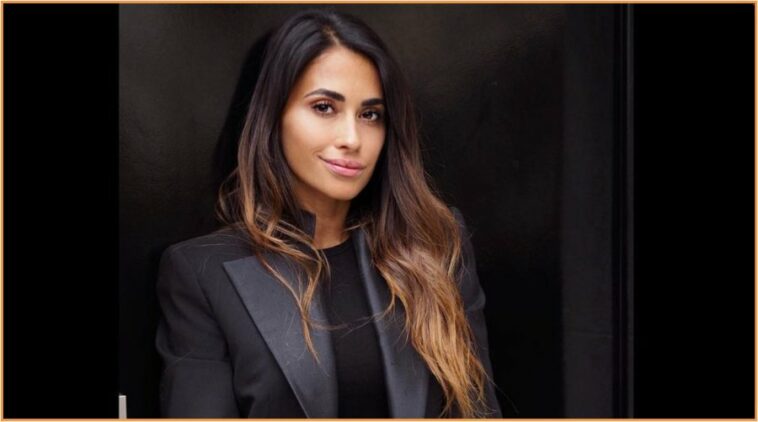 Antonela Roccuzzo is an Argentine model and one factor off her fame comes because of her marriage to Lionel Messi, a professional footballer.

After graduating high school, she attended Universisas Nacional de Rosario majoring in dentistry, but couldn’t make it to bachelors because she couldn’t see a career in it.

She then switched major to social media communication and graduated from it. Graduated from college, she pursued a career in modeling and was featured on several fashion labels like Ricky Sarkany.

She signed a contract with fashion house, Ricky Sarkany in 2016 and predominantly deals with footwear. In 2017, she opened a boutique in Barcelona located on Avenida Diagonal.

Together with her sister, she launched children’s clothing line Enfans Argentina with her children as model along with her nephew.

Not only because of her career in modeling and her business line, she gained fame because she had a relationship with footballer Lionel Messi.

They dated for a brief time before they broke up and Roccuzzo reunited with Messi.

The love story between Messi and Roccuzzo would remained famous as it was just like what in thet movie.

Roccuzzo and Messi were childhoold sweetheart who grew up together. However their relationship remained platonic despite Messi developing a romantic feeling for Roccuzzo when he was nine years old.

When Messi left for Barcelona, they remained in touch and the romantic relationship began when Messi back to his hometown to comfort her when Roccuzzo’s friend died.

It’s not until 2009 that the relationship became public. Their relationship was going strong until they tied the knot on June 30, 2017 at the luxurious Hotel City Center in Rosario, Argentina.

Antonella Roccuzzo’s net worth is around $20 million. The source of her wealth came from modeling, endorsements and her business.

She signed a modeling contract with Ricky Sarkany, an Argentine fashion label. She also opened  shop for her own brand along with her friend, Sofia Balbi.

“Home it does not speak neither of football neither fashionable, see the TV”

“We’re anxious and nervous. However, Leo and the NT gives us lots of hope, we have faith in them.”

“All the models and do a selection of which want. We gather us once by week with the team, but are in contact each day and come to see the shop”.

Antonela Roccuzzo pursued a career in modeling after graduation from college. She signed contracts with several fashion brands and also opened her own shop in Barcelona.