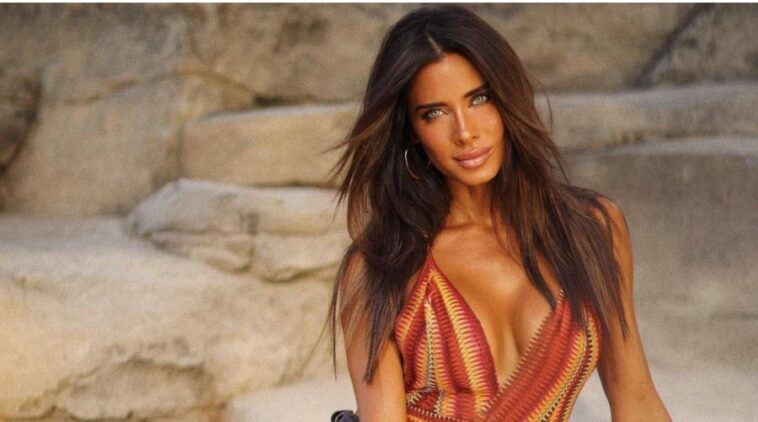 Pilar Rubio, whose nickname is known as Pili, is a Spanish reporter, model, presenter, and actress.

Aside from her career as a reporter, her relationship with footballer Sergio Ramos also gathered attention, which makes her gain more fame.

Since she was a kid, Pilar Rubio has always had a passion for the entertainment industry.

She attended college to study economics but dropped out to pursue her modeling career.

She is famous for covering show Sé lo que hicisteis última semana which aired in television network La Sexta. The program was famous for its comedy and diverse news coverage.

She has modeled for several men’s magazines and appeared in many commercials like Hyundai, Amstel, and Canal+.

Pilar Rubio and Spanish singer Jose Molinero were dating for over than a decade. There’s not much coverage for their relationship else than what local media did.

The first meeting was in 2008 when an event involved Andy and Lucas were they receiving the diamond disk. Rubio was a presenter for the event and Ramos was a friend of the singer.

Pilar Rubio met Sergio Ramos when she was 34. At that time, Ramos was just 26. However, age is just a number as the romance blossomed between them then they decided to date in 2012.

Their relationship became public as they attendedthe 20133 FIFA Balon d’Or ceremony together. Fast forward in 2018, Ramos proposed to Rubio and they had a wedding the next year in 2019 in Ramos’s hometown in Sevill.

Pilar Rubio’s net worth is around $10 million. She can accumulated the amount of wealth from her job as a presenter, model, and actress.

As a regular presenter in many various programs, her yearly income can be up to $83,000. She and his husband own

“I can bring a lot of curiosities, inventions, innovations.”

“When you`re pregnant – driving a car is more dangerous than making a lot of exercises.”

“A lot of things in our life are a psychological issue. Depending on how you will take, your body will react the same.”

“Every compliments or nice comments are welcome.”

“The body changes a lot, but you can`t stuff yourself with the food, because later it`s be really hard to lose this weight, just this thing. If you are on a normal diet and you make some exercises, then you don`t have to put on weight so much.”

“It`s really difficult to educate baby, because you never know how to make it or do you make it good.”

“I`ll always support him, because here we have personal and professional decisions.”

Pilar Rubio study economics but drops out because she wants to pursue her modeling career. Her skills not only get her as a model but also as a presenter on a comedy news show.