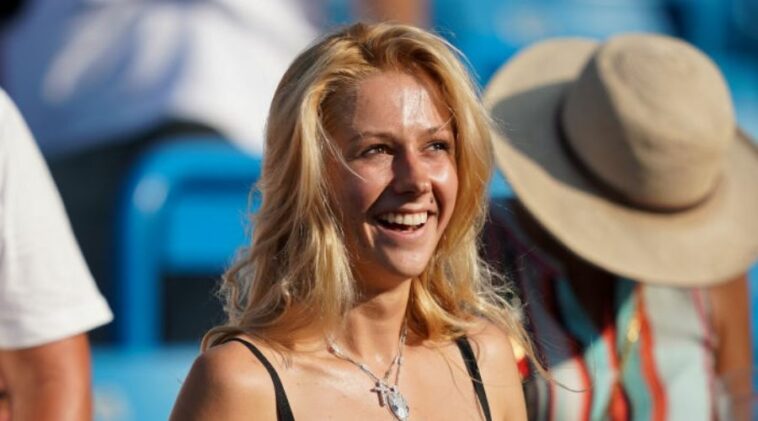 Daria Medvedeva is the wife of Russian’s famous tennis player, Daniil Medvedev. Besides, she is also a former tennis player, personal assistant, model, and currently works as an entrepreneur.

Already having a big passion for tennis, Daria Medvedeva started small by practicing tennis a lot during her childhood days.

Growing up, she later leveled up her game by joining a tennis club at her school and college. During her school days, she even often entered various tennis championships.

Unfortunately, she decided to leave her dream of being a professional tennis player because she got injured when she was 18 years old.

After that, Daria decided to switch her career to be an entrepreneur, model, and also personal assistant for her husband, Daniil Medvedev.

Daria is the wife of Daniil Medvedev, a famous Russian tennis athlete. The couple first met a long time ago when she was a junior tennis player.

After their first meeting, they then decided to level up their relationship to another level. They began dating in 2014 until 2018, when they decided to tie the knot in 2018.

The net worth of Daria Medvedeva is estimated at $2 million to $3 million. This big amount comes from her job as an entrepreneur.

Besides, she also got various modeling jobs from various brands, especially from fashion brands.

Daria Medvedeva is not just beautiful, but she is also supportive and hard-working.

Even though her injury forced her to leave her original dream as a tennis player, she doesn’t give up on switching it to another direction.