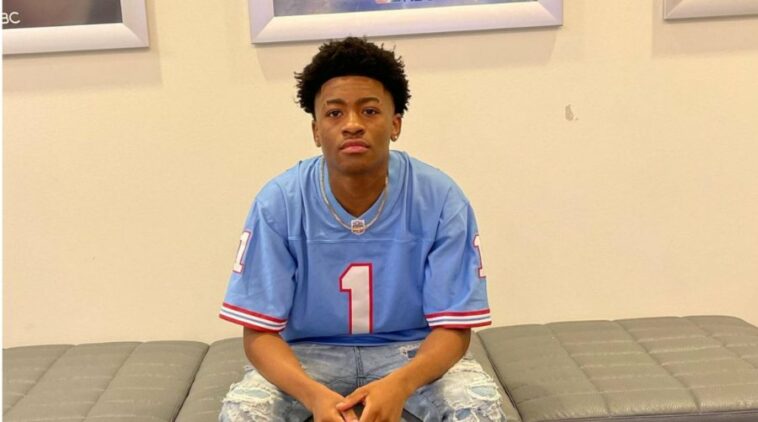 Diamond Lyons is an American actor. He is best known for starring in the Netflix series The Upshaws until people demanded his appearance in the second season of the series.

Diamond Lyons began his career as an actor by appearing on the series 5th Ward, which airs in 2020. His appearance in 5th Ward led him to land his second role in the miniseries Collin in Black & White.

In his early career, he only appeared as a cameo and appeared in the first episode. But his promising acting got him to play a major role in the Netflix series The Upshaws, which aired throughout 2021-2022.

Else than playing in TV series, he also played in miniseries like All Screwed Up.

Diamond Lyons just hit his teenage years. While at that age is the age they got curious about relationships, Lyons has never publicly mentioned his love interest or relationship.

He is probably enjoying his single life and focusing solely on his career.

Diamond Lyons is still early on in his career. Though he just began, his name is already known by many. From his job as an actor, he could earn more money than his peers.

His net worth is around $100,000 and knowing his still early in his career, his net worth could increase in the near future.

“I went from being in a scene and a half to being in the entire play.”

“At first, I didn’t realize I would become so attached, but once Season 1 ended, and I finished my last scene, I ended up crying. It was so emotional, and I started thinking about how I had really built a connection with everyone there”

“You have to make sure your heart is really in it. Acting is something that you have to take seriously, and, before you get into it, you have to know that it does make you grow up a little bit faster”

Diamond Lyons is a rising star with a promising career. He began by playing at a theater, which led him to land a role in a television series.