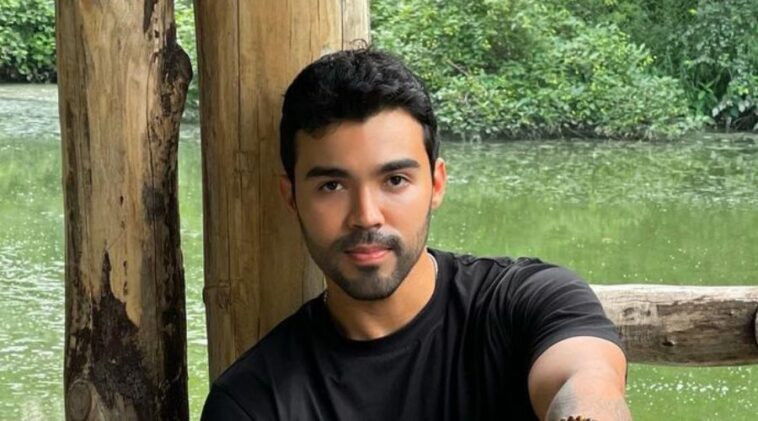 Gussy Lau is a Mexican singer, music composer, and songwriter who is mastering many fields in the music industry. Besides, he is also popular as the boyfriend of his fellow Mexican musician, Angela Aguilar.

Gussy Lau is already interested in the music industry since he was so much younger than he is now.

Realizing that he has a big passion for music, Gussy started his musical career from the bottom when he was still in his childhood era.

He later then practiced a lot in making music, singing, and songwriting. After practicing over the years, he finally got the recognition that he deserves.

Over the years he has successfully worked with various musicians, such as Cuitla Vega, Angela Aguilar, Los Rojos, Calibre 50, and many more.

In 2021, he finally signed to one of the biggest Mexican label records, Equinoccio Records.

Gussy Lau is currently in a romantic relationship with Aguilar Angela, a Mexican singer. They both first met each other in 2021 when he was working with Aguilar’s father’s company, Equiniccio Records.

After knowing each other, they felt like a click because both of them work in the music industry. That’s why it’s easy for them to deepen their relationship level.

In April 2022, the netizen was shocked because of a photo of Gussy and Aguilar kissing shared by his friend. Later, the couple announced that they were dating since February 2022.

The net worth of Gussy Lau is estimated at between $4 million to $6 million. This amount of income comes from her job in the music industry since he is a singer, music composer, and also songwriter.

Besides, he also got various advertising jobs and many more in the entertainment industry.

Gussy Lau is a hardworking yet successful musician. He always keeps going in order to achieve all of his dreams.