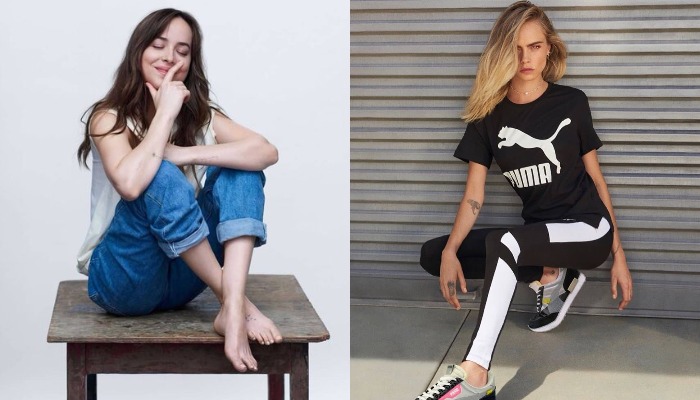 As public figures, some celebrities will take much attention from fans. All the things they do will always be followed and loved by fans.

However, sometimes people feel under pressure from too much attention which they get. They have to act perfect in front of the camera and maintain their feel even if they are in bad condition.

These 10 celebrities genuinely open about their mental health in public and share how they feel about it. Let’s see them one by one.

Read also: Before and After Pics of 10 Celebrities Having Plastic Surgery

1. Billie Eilish told that she ever felt very desperate and wanted to end her life when she was 17 years old. Fortunately, her mother holds her and comfort Billie to love herself

2. Cara Delevingne shares that she has a problem with mental health. She felt depressed and anxiety when was a teenager because of bullying case

3. Chrissy Teigen tells that she has a postpartum. “I couldn’t control it. And that’s part of the reason it took me so long to speak up: I felt selfish, icky, and weird saying aloud that I’m struggling.”

4. A beautiful actress, Dakota Johnson said that she felt panic attack sometimes until she does not know what she do or think. Moreover, she said that it is an anxiety attack

5. Demi Lovato was diagnosed with bipolar disorder, eating disorder, and depression when she was 18 years old

6. Kendall Jenner also felt about anxiety. She even could not do runway in fall/winter season in Paris Fashion Week for taking her mental health.

7. Lady Gaga openly shares about the battle with mental health. “I definitely look after my well-being…I openly admit to having battled depression and anxiety and I think a lot of people do…” she explained

8. A former child star, Miley Cyrus expressed about depression. She said that she ever felt that way and tried to accept that instead of being fake happy

9. Who knows that Shawn Mendes has a problem related to his mental health? He has anxiety and pressure at the same time. Then, he wrote his feeling into In My Blood song

10. The last is a beautiful actress, Winona Ryder. She felt depression, which she told in public openly

Learn from the stories of 10 Hollywood stars, we should take more attention to our close family. Since the feeling of anxiety and depression can happen to many people.

Then, we are as the closest one should hold them and give our best support. Hopefully, all the celebrities will get better and completely regain their mental health and always happy.