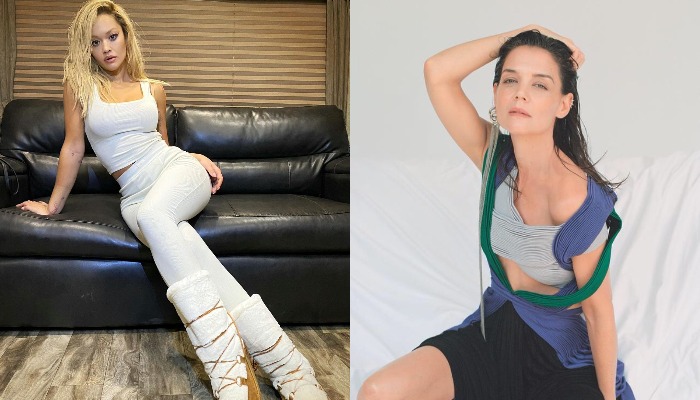 What is the thing you scared the most? Almost all people answer it with different things, since all people have their problems and matters which are not the same to another person.

It also happens with celebrities. As humans, they have the things that they are scared the most, which consider as a phobia.

A phobia is an anxiety disorder or a big/excessive fear for one thing. It could be living thing or non-living things.

Let’s check some phobias of Hollywood stars, which make them really afraid and the reason behind it.

1. Brad Pitt, Ex husband of Angelina Jolie, has a phobia to Shark. It is known by an interview with Jolie. This phobia’s name is Selacophobia

2. Britney Spears has a big fear to reptile, especially Komodo Dragon and lizards. She has the phobia since 2001 after, she must hold an albino python in her shoulder

3.  Christina Ricci is afraid with house plant because she is freaking out with the soil which makes her feel dirty

4. Katie Holmes has a phobia with Raccoon after she tried to make the raccoon gets out from her house

5. A sexy singer, Nicki Minaj is afraid of escalators. She was going to go down to first floor, but ended stuck in her floor since there were a lot of paparazzi try to take her picture

6. Nichole Kidman has a phobia with butterfly since she was young. This is called lepidopterophobia

7. A talented actress, Oprah Winfrey also has a phobia. She is afraid with chewing gum

8. A husband of Katy Perry. Orlando Bloom is afraid of pig. It was known when he started his movie, Kingdom Of Heaven in 2005

9. Pamela Anderson has a huge fear of mirror. She also can not look herself in the mirror because of this phobia

10. Rita Ora is afraid of toilet because she ever fell down to the floor while the condition was so dark

What do you think about all stars problems and phobias. They are really freaking out with those things and try their best to get away from it. Do you also have a phobia?