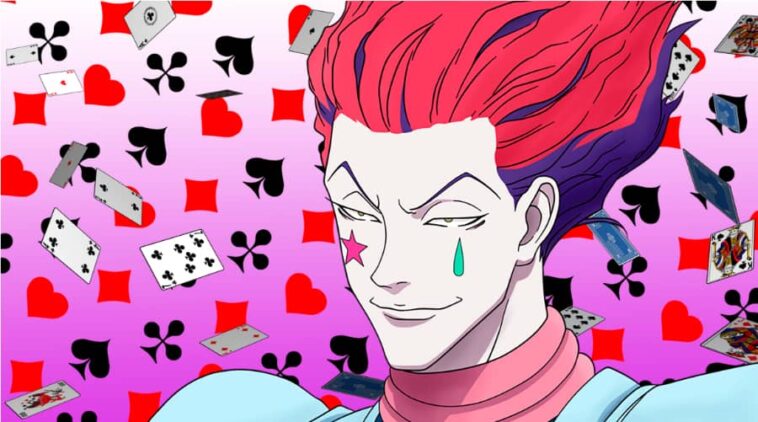 Hisoka Morow is one of the antagonists in the Hunter X Hunter anime series, who is a unique character and also the most mysterious.

He is often referred to as an antagonist with an evil nature. However, in fact he appeared several times to help Gon and Killua, who are the main protagonists.

Hisoka is described as a man who has a selfish personality. He always does whatever he likes as long as it pleases him. Due to his selfish and manipulative nature, he is considered a sociopathic killer.

For physical appearance, he has a tall and muscular body. He also has light skin. That said, many consider Hisoka’s appearance to be similar to that of a magician or comedian.

“My greatest pleasure comes when such people crumple to their knees and I look down upon their disbelieving faces as their plans fail.”

“Don’t worry, I’m done with him. He’s alive, and he’s passed.As have you. You’ll make a good Hunter”

“Love and hate are two sides of the same coin.”

“Opposites attract. I’d bet we’d get along. We could be great friends. But be careful, as Transmuters are fickle… What used to be valuable can instantly turn to chaff”

“Those eyes. That look. That spirit… I can’t wait… to break you”

“It takes a mere second for treasure to turn to trash.”

“Every step we take amends our fate.”

“Don’t look at me like that! You’re making me all… excited!”

“Thing is dead people just don’t interest me. I prefer to look into the living, rather than the lifeless. Eyes, that is.”

Although Hisoka is an antagonist, he is not completely cruel like the antagonists in other anime series.