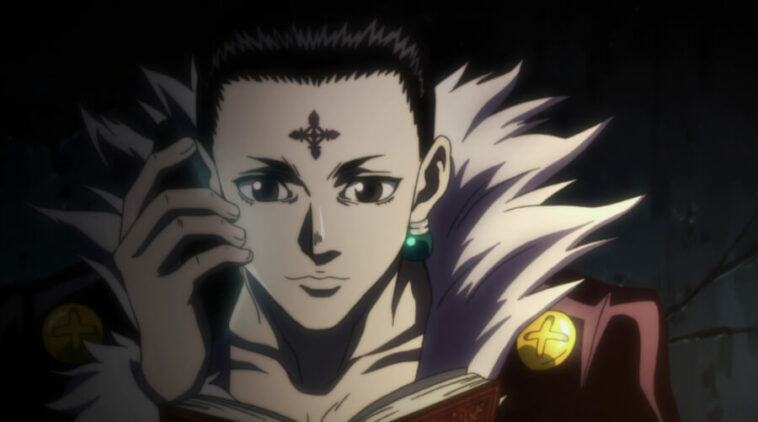 Chrollo Lucilfer is one of the villains in the Hunter X Hunter series, who is the leader of Ryodan, a notorious gang of thieves with class A bounties.

His physical strength is remarkable enough that he is ranked seventh in the group.

He has left Ryodan because he has another goal, which is to find the Exorcist Nen to remove the Kurapika Chain of Judgment tied around his heart.

Chrollo is a handsome young man with a calm, intelligent and charismatic personality. Not only that, he is also very confident in his fighting skills as well as the other Spider members.

Chrollo has black hair and gray eyes. He often wears a dark purple coat that has white fur on the collar and wrists, which is unbuttoned to reveal his muscular physique.

“Making the ability yours while exploring the darkness within the soul of the original owner… that’s the true pleasure of a skill hunter.”

Although Chrollo Lucilfer is the leader of the villains, he doesn’t have a definite goal as to why he formed the group. One thing is for sure, he just wants to kill a lot of people.