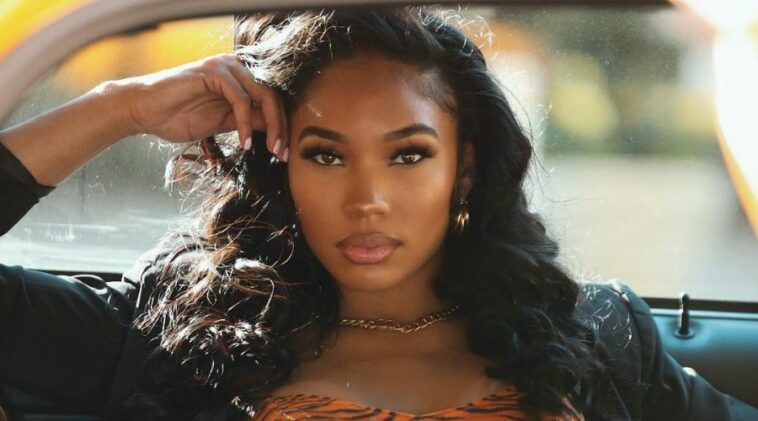 Jamira Haines, or known as Cuban Link, is a Cuban-born American model, entrepreneur, and fitness coach who became famous after getting into a relationship with 50 Cent.

Their relationship began in 2019 and the couple is becoming more and more shining in terms of their career.

Jamira Haines has a unique career journey if it is compared to any other influencers out there. She initially started her career as a model 6 years ago when she was younger.

At that time, she successfully signed up with a big modeling agency, Wilhelmina Models, but later she decided to leave because she was more interested in fitness coaching.

After leaving the agency, she took a professional certification as a fitness trainer and slowly built her company, Cuban Fit, a clothing brand that focuses on selling activewear.

Not stopping there, this Scorpio entrepreneur launched another business venture, YouGlowGirl, a beauty brand that focuses on skincare.

She later also tried to expand her career in the property field with Linked Investments LLC, but unfortunately, the business hasn’t been active since 2021.

Jamira Haines is in a romantic relationship with 50 Cent or originally known as Curtis James Jackson III, an American entrepreneur, actor, and rapper.

The couple first announced their romantic relationship on August 20, 2019, after 50 Cent took her to the Power premiere at Madison Square Garden.

They have been in a relationship for three years and apparently, their relationship has become stronger than ever.

The net worth of Jamira Haires is estimated at between $3 million to $5 million. This big amount of income primarily comes from her career as an entrepreneur, especially from some of her business ventures, such as Cuban Fit (clothing brand), YouGlowGirl (beauty brand), and Linked Investments LCC.

Besides, she also earned income from her career as an influencer, starting from endorsements, modeling jobs, brand deals, and many more.

Jamira Haines is such a good role model. She is hardworking, passionate, and always encourages people to be the best version of themselves.