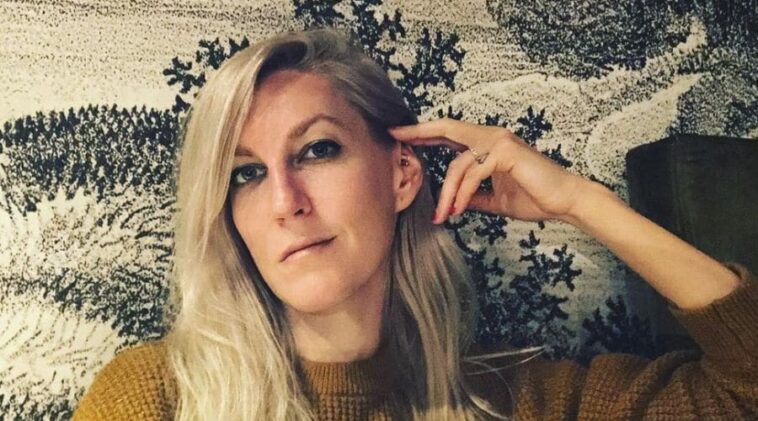 Dylan Meyer is an American actress, producer, director, and screenwriter. She is also well-known as the long-time partner and fiancée of Kristen Stewart.

She has built up her experience and stable career in the movie and entertainment industry since 2011.

Being born as the daughter of an American producer and director Nicholas Meyer, Dylan Meyer finds herself interested in following in his father’s footsteps.

Since she was young, she has already learned many things about the movie and entertainment industry.

After graduating from college, this beautiful actress debuted in The Death and Return of Superman (2011) as Frat Partier.

Three years later, she made another appearance by showing up as herself in the short movie The Slap (2014).

In 2015, Dylan got 2 movie projects, Wrestling Isn’t Wrestling and Jem Reacts to the New Jem and the Holograms Trailer as an actress.

That bright career later was followed by her contribution as an executive producer and writer for XOXO (2016).

And finally, in 2019 she directed Rock Bottom, which was continued by her work as a screenwriter for the Netflix movie Moxie (2021).

Dylan Meyer is the long-time partner and fiancée of Kristen Stewart, an American actress. The couple started dating each other in 2019 from a movie project.

After that, they both were seen spending time together in various public places romantically. Two years later, in November 2021, Kristen announced that she got engaged to Dylan.

The net worth of Dylan Meyer can be estimated at between $4 million to $5 million.

This huge amount of income comes from her jobs in many business ventures since she works as an actress, producer, director, screenwriter, entrepreneur, and influencer.

Dylan Meyer is a hard-working yet multi-talented public figure. She always tries her best to make her career brighter and she’s truly a role model.