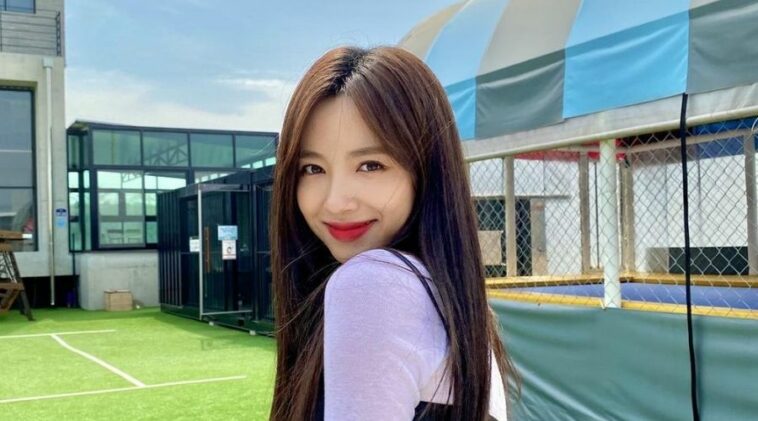 Jiwon has already made a lot of public appearances in the entertainment industry even when she hasn’t started her debut with Cherry Bullet yet.

Initially, she became a trainee for other agencies, Polaris Entertainment and Starship Entertainment. She also made an appearance as a model for K.Will MV, White Love, in 2012.

But she then decided to leave the agency for some reason. Jiwon then moved to FNC Entertainment to began her training.

In 2017, she finally was announced by the agency to be one of the members of their new K-Pop girl band.

Even though her debut was delayed, her official announcement as an idol came one year later.

She was then announced as Cherry Bullet’s first member on 21st November 2018.

Two months later, she then eventually made her debut with their group by releasing the Let’s Play Cherry Bullet EP on 21st January 2019.

2. A perfect make up that suits her

3. Jiwon is undeniably a visual

4. What a sparkling beauty

Jiwon is not just amazingly beautiful, but her talents are also amazing. Hopefully, we can see more of her performances in the future!