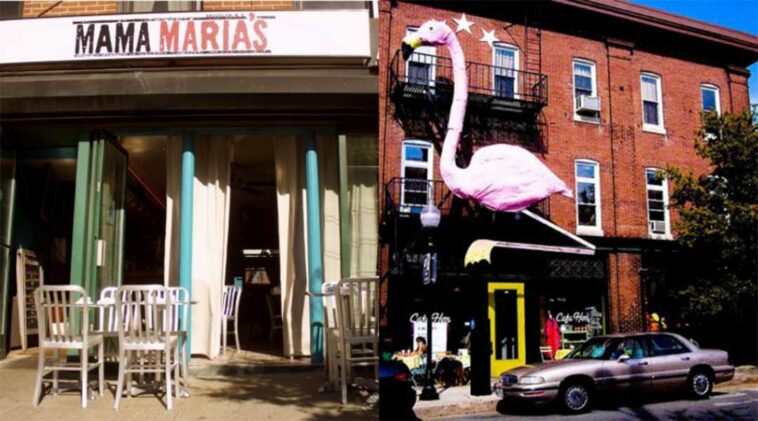 Kitchen nightmare is a reality tv show hosted by Gordon Ramsay. During this programme, Gordon Ramsay is invited by restaurant owner, and he will stay a week to exploring what happened in the kitchen also the conflict between the staff and also the owner.

Most of the restaurant which appear in the show, is still open. Some of them preserve Gordon’s suggestion, but some of them maintain their originality to stole the customer’s heart.

Few of them is changing the ownership after the show. Many of the restaurant is surrender, so they remain closed. Here 10 Kitchen Nightmare restaurant that you can visit.

1. When Gordon Ramsay visited Mama Maria, he is not impressed with interior and some of the menu came from frozen food. And now, Mama Maria has a positive review on the Internet

2. As the first Spanish restaurant in New Jersey, Spanish Pavillion was a legend. But, as the time goes by, it had to struggle with sibling conflict between the owner’s grandson. When Gordon visited, the restaurant was in great danger. From the empolyee’s uniform and the food which is terrible in terms of flavour and serving. But now, Spanish Pavillion has a positive review

3. Pantaleone’s episode was aired in 2014. And now, you can still taste their pizza. There is so much improvement in their menu since Gordon was arrived

4. This family restaurant was drowned into a family conflict so it didn’t run well. But now, when you check a google review, this restaurant mostly has a five stars due to the authentic taste and the friendly staff

5. Beside the giant pink flamingo, Cafe hon is famous by it “Hon” controversy. The owner of the restaurant had been trade making the name. Nowadays, Cafe Hon is still open. The giant flamingo is still there, also the “Hon” controvesry. How about the food? The food is okey but not too appealing

6. Located in Pennsylvania, Ms Jeans Southern cuisine once troubled with the owner’s temperamental issue. She often yelled to the staff, angry to the customer when they were complaining. But now, this restaurant is still exist with positive reviews about the food but not the friendly staff

7. The Walnut Tree was a michelin star restaurant. But, lack of teamwork and pricey food made them lost it all. The restaurant still be able to closed in February 2007 but reopened again in December 2007. Now, the restaurant is having it glory again

8. Chef Abdy Trousdale ego is the main problem for Le Bistro’s development. But, nowadays you are not going to see the ego but good food and friendly staff only.

9. Bad cash flow is a disaster for Spin A Yarn steakhouse. Once Gordon Ramsay visited the restaurant, he found that the marriage problem between the owner is affected the kitchen. But, it’s all was yesterday. Now, their prime rib is fenomenal

10. After the Kitchen Nightmare, Zayna Flaming Grill is now a local favourite. During the show, Gordon Ramsay had to deal with family problem which affect the restaurant operation

From all the problems that happened in the kitchen nightmare restaurant, most of them came from the internal problem that affected the restaurant professionalism.

Some of them survive until now. But some of them, is closed.