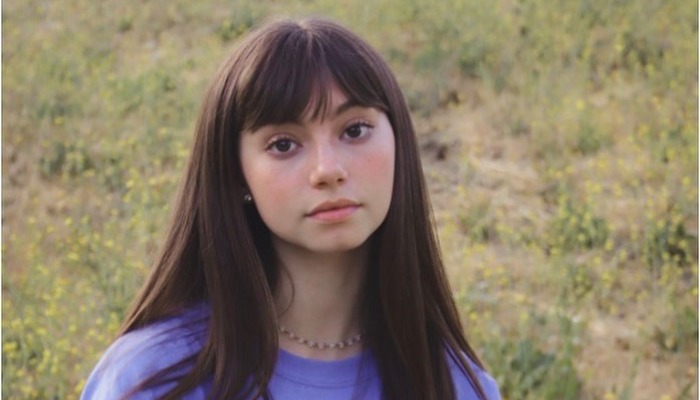 Lauren Donzis started acting in TV commercials. Her first commercial occurred when she was only seven years old.

She continued her career and won a Workshop Scholarship. There, she was also named the Breakout Artist.

This girl got the opportunity to portray Ryby Smith in Disney series named Liv & Maddie in 2013. Two years later, she appeared in the fourth season of the series Austin & Ally, playing Sadie Silver.

She eventually got a co-starring role in the comedic series Best Friends Whenever as a young Cyd Ripley in 2016.

After that, this Leo girl appeared in An American Girl Story: Summer Camp, Friends For Life as Drew in 2017.

In 2019, Lauren earned her breakthrough as she played Molly Thomas in the Netflix series titled No Good Nick.

Lauren then was cast to play the main role in the NBC series titled Peacock, which is the revival of the famous 1980s series, Punky Brewster.

3. The blue outer and jeans match her style perfectly

4. The black-and-white dress looks gorgeous on her

Lauren Donzis is an aspiring actress that has shown her pure talent in the filming industry. Good luck with her journey ahead!