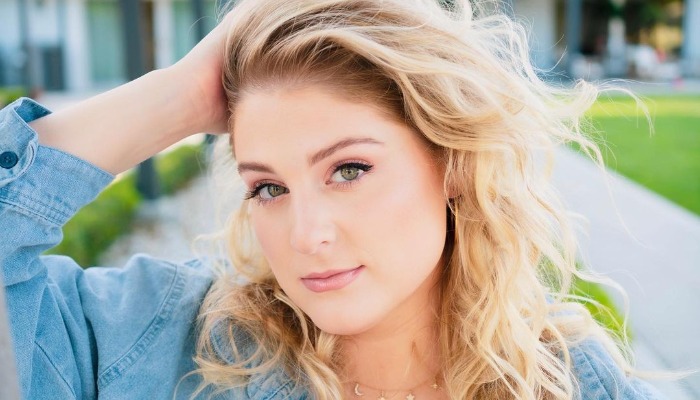 Meghan Trainor started singing when she was six years old. Her family supported her music career, and she began learning song arrangements and playing musical instruments.

Meghan performed for a cover band called Island Fusion at the age of 12. When Meghan was 15 to 17, she launched three independent albums, and eventually released a debut album titled her name in December 2009.

In 2012, Meghan became a songwriter-for-hire and released a song called Who I Wanna Be.

She wrote and helped other singers produce songs and became background vocals for demos. In June 2014, she released All About That Bass.

It became her breakthrough as it was sold 11 million copies worldwide, reached the top 10 on the Billboard Hot 100, and got platinum certification from the RIAA.

Throughout her music career, Meghan got many awards, including ASCAP Pop Music Awards, Billboard Music Awards, and Grammy Awards.

1. A close-up look from the talented artist

3. She looks beautiful with the high ponytail

5. Her performance is stunning

Even though Meghan Trainor had battled with people commenting about her body figure, it finally made her reach her quantum leap in the music industry.