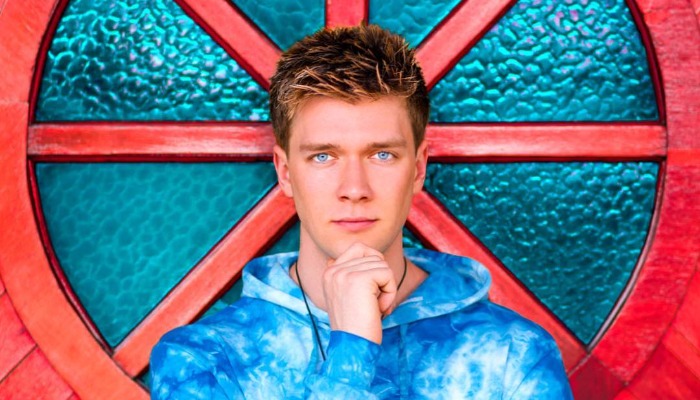 Collins Key has been interested in magic since he was 12 years old. Knowing the potential, his mother encouraged him to join a magic school. Collins then joined a junior program at the Hollywood Magic Castle.

He created a YouTube channel in August 2011. When he was 16, the producers of America’s Got Talent discovered and invited him on the show.

Collins became the first magician that reached the finals. After that, he’s often called Magic’s First Pop Star and held a tour in 36 cities.

Collins made his acting debut in a web series called The Disappearing Girl and won a Shorty Award and Streamy Award.

In 2014, Collins hosted the Teen Choice Awards along with Ariana Grande, Ansel Elgort, and Taylor Swift.

The magician was nominated at the 2018 Teen Choice Awards for Choice Comedy Web Star and Choice Male Web Star.

2. Collins looks cool with the light

3. He proudly shows his award

4. His blue eyes are mesmerizing

5. The all-black outfit is good on him

As a young magician, Collins Key has become the pioneer in the industry. He then takes the opportunity to expand his social media career.