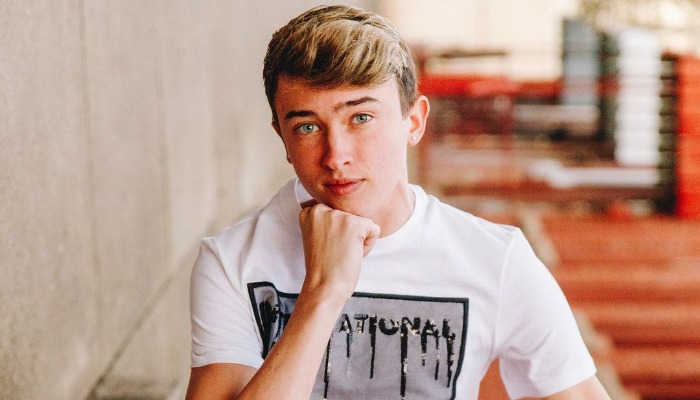 Maverick Baker is a well-known TikTok star and teen singer. He also has a brother named Cash Baker who shares the same passion with him.

Together, they shared lip-sync, comedy, and dance videos even in separate accounts and created a channel named Cash & Maverick.

This TikTok star released an original song named The Way You Move with his brother in November 2018.

Their lyrical music video uploaded on their YouTube channel reached one million views two weeks after the release. The duo kept on making songs, such as Good Thing and Whatever It Takes.

In October 2019, he was invited to the Famous Birthdays office along with his brother and girlfriend, Cailee Kennedy. Maverick also often features his girlfriend on his social media accounts.

He and his brother joined an agency called Shots Studios in February 2020, which also manages other Internet celebs, including Lele Pons, Hannah Stocking, and Anwar Jibawi.

Aside from his joint channel with his brother, Maverick created his own channel in June 2020. The famous media Seventeen and Variety magazines have featured his profile.

1. An adorable photoshoot with the teen singer

Along with his brother, Maverick Baker has become a teen superstar that is adored by millions of audience.