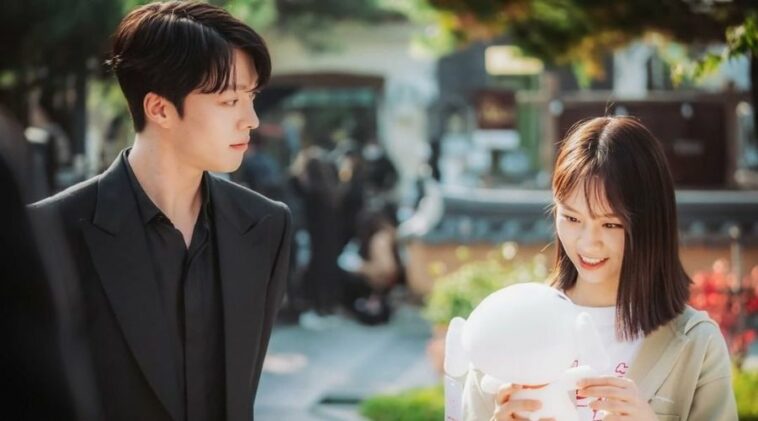 A webtoon adaptation of the Korean drama, My Roommate Is a Gumiho, made its first release date from 26 May 2021.

My Roommate Is A Gumiho or also well-known as Frightening Cohabitation is starred by Hyeri as the female lead and Jang Ki Yong as the male lead.

This drama took the place of the previous tvN drama, Mouse, which usually was aired every Wednesday and Thursday at 22:30 KST.

Synopsis of My Roommate Is a Gumiho

This drama started with the appearance of a 999 years old handsome gumiho, Shin Woo Yeo (Jang Ki Yong) who has been living her life mindlessly.

At the present moment, Woo Yeo transforms himself into a cool professor.

A gumiho just can live until it reaches the age of 999. After that, it has to turn into a human or it would be a truly evil spirit.

His story with Lee Dam (Hyeri) started when they first met each other in an accident. As a college student, she often spends her time having fun by getting drunk.

One day, she was forced to bring back her drunk friend, Do Jae Jin (Kim Do Wan) to come back home.

Before Dam fell to the road, Woo Yeo caught her and one of Woo Yeo’s beads entered Dam’s mouth. She unintentionally swallowed it and this was the biggest problem for both of them.

A human with a bead in her body could only survive one year before the bead will crush the person.

Not only that, Dam’s condition which had swallowed the bead can lead to Woo Yeo’s failure to be a human.

Because both of them have a similar condition, Woo Yeo suggested they to be cohabitation, at least until they find a solution.

Lee Dam is a 22-years-old student of a university who never gets into a relationship and loves fried chicken so much. One day, she swallowed a bead from Shin Woo Yeo accidentally.

Shin Woo Yeo is a 999-years-old nine-tailed fox who is handsome, smart, and cool. He has been collecting human energy in his beads from time to time.

He had a past lover and there was a tragic story behind it. This made him doesn’t want to fall in love again.

Hye Sun is a slow-witted gumiho, a friend of Woo Yeo who is approximately 200 years younger than him. But she has turned into a human. Hye Sun is a very romantic and ladylike person.

Kim Do Wan as Do Jae Jin

A very handsome playboy and Dam’s senior in college. After meet Dam, he gains interest in her because Dam keeps avoid him.

korean dramamy roommate is a gumiho