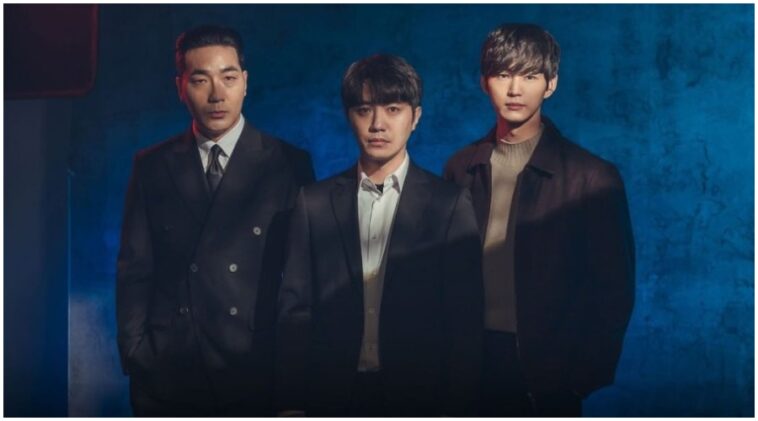 OCN has released Korean drama that will blow your mind. A Superior Day will play by Jin Goo, Ha Do Kwon, and Lee Won Geun.

This drama was broadcasted based on the webcomic named Uwolhan Halu that has released in 2008-2009.

Synopsis of A Superior Day

A Family man and the leader of a firefighter, Lee Ho Cheol (Jin Goo)  placed in a difficult situation.

One day, he gets a message from an anonymous that forces him to kill his neighbor who is the serial killer that has talked in the town.

After he ignores that message suddenly he notices that his loved daughter has disappeared and realizes that the sender has kidnapped hers to make Ho Cheol kills the killer first.

Can he save his daughter without killing the serial killer to save his career?

A man who loves his family and also a member of the firefighter team. His quiet life is suddenly annoyed after a media release about a serial killer case.

It has not related to him but he gets the message from an anonymous who asks him to kill the serial killer.

That time after he ignores the message, Ho Cheol has realized that his daughter disappeares after being kidnapped by the message sender.

Can she caught the anonymous and get her daughter back?

He is a serial killer that Ho Cheol tries to track, he almost completes his job to prove the superiority of his obsession.

Unfortunately, two people tries to fail Shi Woo’s last victim that he has waited for a long time.

He is a cold killer who always a good plans to smooth his goals. Tae Jin has scheduled the meeting of Shi Woo and Jin Goo perfectly.

Trailer of A Superior Day